A collaborative exhibition by Gardar Eide Einarsson, Matias Faldbakken and Oscar Tuazon. The artists are linked via their employment of various artistic acts of appropriation - of form, iconography and ideology - to ends that are at once academic and revolutionary. 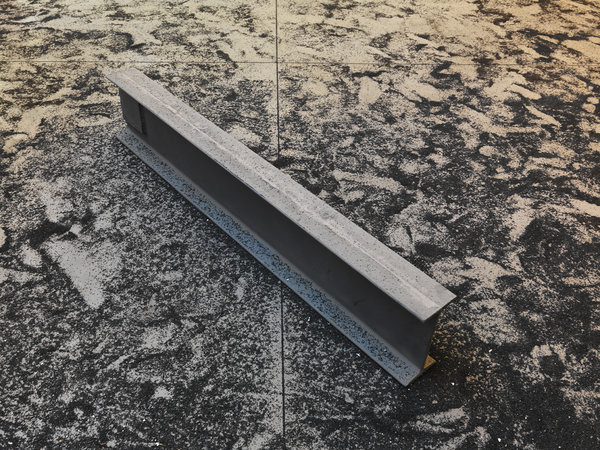 Team is pleased to present a collaborative exhibition of work by Gardar Eide Einarsson, Matias Faldbakken and Oscar Tuazon. The exhibition, entitled Chez Perv, will run from 17 April through 01 June 2014. The gallery is located at 47 Wooster Street, between Grand and Broome, on the ground floor. Concurrently, our 83 Grand Street space will house an exhibition of sculptures by New York-based Daniel Turner.

Longtime friends and collaborators, Einarsson, Faldbakken and Tuazon share a fascination with industrial/architectural forms and materials, as well as the potentially harmful politics they can contain. Although their respective bodies of work are formally divergent, the artists are linked via their employment of various artistic acts of appropriation – of form, iconography and ideology – to ends that are at once academic and revolutionary. The exhibition’s title is culled from that of a New York Post cover story released at the height of the Dominique Strauss-Kahn sex scandal.

Although they now live on separate continents, the artists have, in a sense, grown up together, developing their individual practices alongside and in response to one another. Einarsson and Faldbakken first met in 1999, when the latter was working primarily as a novelist, still in the early stages of his career as a visual artist. The two worked together for three years as co-editors of the periodical UKS Forum. Included in a 2003 architecture-themed issue of the magazine were interviews with Clark Richert and Vito Acconci by Tuazon and Einarsson respectively, as well as an essay by Faldbakken. Tuazon and Einarsson would both work as studio assistants for Acconci while living in New York City, as well as overlapping in their completion of the Whitney Independent Study Program. The three have also continued their conversation and collaboration with one another via their mutual representation by the Norwegian gallery Standard [Oslo].

Oscar Tuazon was born in 1975 and lives and works in Los Angeles. He has shown internationally, including solo shows at Kunsthalle Bern, Switzerland; Museum Boijmans Van Beuningen, Rotterdam, Netherlands and the Museum of Contemporary Art in St. Louis. His work was featured in the 2012 Whitney Biennial and is currently on view at the Museum Ludwig, Köln.

Matias Faldbakken was born in 1973 in Denmark and lives and works as both an artist and writer in Oslo. He has been the subject of numerous one-person exhibitions such as Office for Contemporary Art, Oslo, Norway; The Power Station, Dallas, TX and Kunsthalle St. Gallen, Switzerland. He represented Norway in the 2005 Venice Bienale, and was included in the most recent DOCUMENTA.

Gardar Eide Einarsson was born in Norway in 1976 and now resides primarily in Tokyo. He was recently the subject of a survey show, Power Has a Fragrance, which opened at Oslo's Astrup-Fearnley Museum and then traveled to the Reykjavik Art Museum, Bonniers Konsthall in Stockholm and the Fridericianum in Kassel. Additional solo museum exhibitions have been held at the Kunstverein Frankfurt; Centre d'Art Contemporain, Geneva and The Modern Art Museum, Fort Worth, TX. His work was featured in the 2008 Whitney Biennial.