The Ephemeral and its Opposite. Works by Marea Atkinson, Pino Chimenti, Donata Deflorian, Cristina Madeyski, Tina Parotti, Clara Scarampella Lombardi and others. 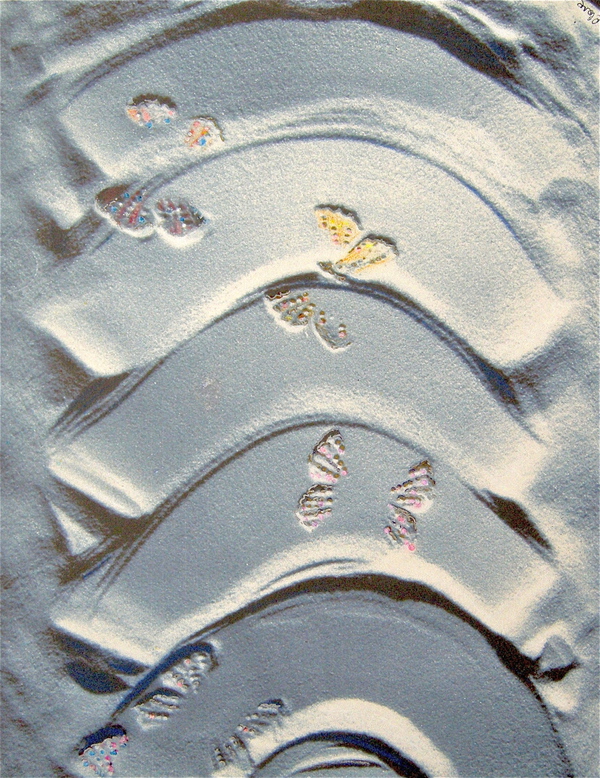 Onishi Project is pleased to announce from APRIL 15 TO APRIL 26 OPENING RECEPTION THURSDAY APRIL 17 - 6 TO 8 PM a group exhibition entitled “Clicking the moment: The Ephemeral and its Opposite” curated by Stefania Carrozzini, director of MyMicroGallery and independent curator.

The exhibition is composed of eleven international artists: Marea Atkinson, Pino Chimenti, Donata Deflorian, Susi Lamarca, Don Lisy, Cristina Madeyski, Fiorenza Milanesi, Tina Parotti, Clara Scarampella Lombardi, Gio Sciello, Tiril.
How can you define the ephemeral if by nature it evades all definition? What is the ephemeral? By ephemeral one means that which lasts only one day, that which passes and is transitory. But has art not always wanted to challenge time in order to look upon eternity?

Between the ephemeral and the everlasting we cannot but click on the key to the present, and we realize how little we are really in the present, because we are always projected elsewhere in our thoughts. We wander through time without residing in it, because we do not have the concept of how transitory our life is. The present social media have a particular relationship with time: they expect to record everything forever: they have been thought up to promote permanency not the temporary. The images are shared, but also want to be frozen, fixed. Everything ends up in the big collective memory, everything is mixed up and our identity is a commodity.
The present, the ephemeral, eternity, are also the bases upon which the destinies of art unfurl. The present is the time of creation, marked by the rhythm of our breathing like the flutter of a butterfly's wings, it rings out like an echo in the wind, it is the voice of our origin, it is the call of our being.

It is the sound of our heart beat which pulses in the apparent void of cosmic space. The ephemeral may be an aesthetic parameter to a new sensitivity no longer founded on the egocentric vision of the interior world of the artist, rather on the sensitivity which transcends the immanence of reality. An evolved psycho-sensorial behavior is to be adopted which is able to distinguish between what is transitory and that which is not. Artists embrace the ephemeral and the eternal in present time, because they follow the traces of matter, because they have a body and this leaves traces on things, in a material context and in a spatial/ temporal context. The artist is immersed in time and may not avoid this inevitable destiny for which the dialectics of creation consist in being tied to matter and at the same time transforming it. Art has crossed through all means of expression, from the flesh of things to the skin of things, from the depths to the surface of existence, from the sensation of the ephemeral, of precariousness to the everlasting.

Yet it is with the very adoption of the ephemeral as an existential philosophy that it is possible to go beyond the fleeting moment. It is in the awareness that everything flows that the truth of the moment resides. Existence then is fluid and so is the principle of creation and of inspiration. The commitment of the artist goes in this direction that is in the complete awareness that the power of imagination overcomes the fragility and fleetingness of existence. Capturing the beauty of the fleeting moment is rare and presupposes entering the invisible dimension, with a healthy madness which saves us from the routine of the everyday, which wakes us opening wide the doors of perception, on the impulse of the energy of love. (Stefania Carrozzini)

The exhibition will be presented at MyMicroGallery in Milan from May 20 to June 9, 2014.

Catalogue will be available at the gallery. For more information please visit our website at: www.onishiproject.com or contact the gallery at: 212.695.8035.