Mana Exposition, which features works with a market value of over 10 million dollars, is curated by artist Ray Smith, who titled the show "All The Best Artists Are My Friends, Part 1". Contemporary are on view paintings and works on paper of Milton Resnick (1917-2004). 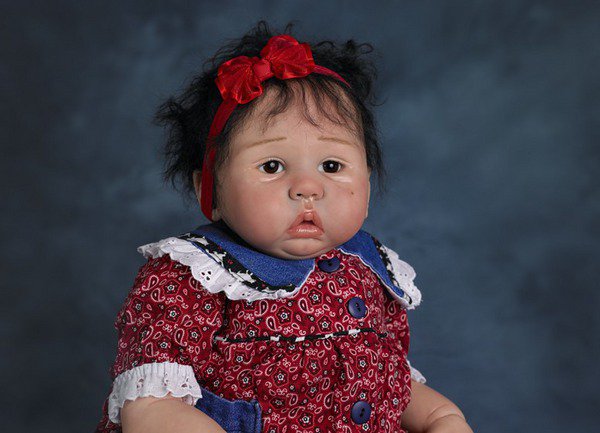 Eugene Lemay, President of Mana Contemporary, announces the debut this spring of Mana Exposition, a new addition to the Jersey City art complex to be held in the Mana Glass Gallery, one of the largest galleries in the United States. Designed by architect Richard Meier, the column-free exhibition space spans 50,000 square feet. The inaugural exposition will run from May 10 to August 1 and will feature works with a market value of over $10 million, signaling a new commercial endeavor at Mana Contemporary. Mana Exposition will also embody Mana Contemporary’s goal of fostering a sense of community in the art industry, and will encourage artists to realize monumental works to exhibit and sell.

Lemay says “We view Mana Exposition as an opportunity for artists to present their work in a more relaxed and aesthetic environment, without white boxes or cubicles. Each Mana Exposition will have a prominent curator or curatorial team working directly with artists.”

The first Mana Exposition is curated by artist Ray Smith, who titled the show All The Best Artists Are My Friends, Part 1. Mana approached Smith knowing he would assemble a show that evokes the kinship in the community of artists at Mana Contemporary. Among the three-dozen artists included in the inaugural exposition are Rita Ackermann, the Bruce High Quality Foundation, Phong Bui, Francesco Clemente, Alex Katz, Julian Schnabel, Shelter Serra, Max Snow, Swoon, Meyer Vaisman, Angel Vergara, Andy Warhol, and Ai Weiwei. Many of the participating artists have created work especially for this show.

Richard Meier says the walls he designed for the Glass Gallery “make the space divided but also fluid … as you move around the space, you see the different relationships between the art shown here. … It’s a phenomenal exhibition space. I’ve never seen anything like it.”

Lemay adds “Galleries are facing a daunting number of fairs each year, often in far-flung locations. We believe that Mana Exposition projects will be welcomed by the community of galleries as an exciting series of shows that does not tax gallery resources.”

The Mana Exposition at Mana Contemporary will open to the public on Saturday, May 10 from 1 to 7 p.m. and be open daily Monday-Friday from May 12 through August 1. On May 10, hourly buses from Manhattan will run from Milk Gallery at 450 West 15th Street. For public opening hours and shuttle bus information, please visit www.manaexposition.com.

Mana Contemporary along with the Milton Resnick and Pat Passlof Foundation are pleased to announce Milton Resnick (1917-2004): Paintings and Works on Paper from the Milton Resnick and Pat Passlof Foundation, a major survey exhibition. Opening at Mana Contemporary in Jersey City on Saturday, May 10 and continuing to August 1, the exhibition will present work from Resnick’s entire six-decade career, including a rare 1937 portrait; quintessential Abstract Expressionist paintings from the 1940s and ‘50s; a selection of the large allover paintings of the 1960s through 1980s for which Resnick is best known; and a group of late figurative works.

Drawn entirely from the holdings of the Milton Resnick and Pat Passlof Foundation, this will be the largest exhibition of Resnick’s work to date, and the first career survey exhibition to be held on the East Coast. Museum retrospectives of Resnick’s work have taken place in New Mexico (1971) and Texas (1985) but never in New York, where it is long overdue.

Milton Resnick was born in Bratslav, Russia in 1917, and immigrated to New York City with his family in 1923. He grew up in Brooklyn, and entered the American Artists School in 1933. In the 1930s he was on the WPA Artists’ Project and met Willem de Kooning, Arshile Gorky, John Graham, and other downtown artists. In 1940, Resnick was drafted and served in the U.S. Army through all of World War II. After returning to New York in September 1945, Resnick immediately began painting abstractions, thereby cementing his historical position as a member of the first generation of American Abstract Expressionists. He was a founding member of the Artists’ Club of the 1950s.

Over his long career, Resnick painted “through” classic Abstract Expressionist action painting to arrive at works that gave the impression of allover monochromatic fields, although in fact comprised of myriad hues. Through the 1970s and 1980s his paint application became increasingly dense and his palette generally darkened, resulting in canvases of subtle, almost topographical presence. Radically uncompromising in their reliance on the materiality of paint, yet romantic and deeply satisfying, these works are considered to be his major achievement, and the entire first floor gallery at Mana is dedicated to paintings of this period. They include the landmark works ELEPHANT, 1987, at 18 feet long the largest painting in the exhibition, and DEBRIS, 1971, which is 17 feet long. In the last years of his life, Resnick turned to figurative and imagistic paintings, alternating darkness and mystery with humor. He died in 2004 in New York.

About Mana Contemporary:
Opened in May 2011, Mana Contemporary is a leading arts destination with locations in Jersey City, Chicago, and Miami. Studios, exhibition spaces, art services, and programming provide an unparalleled environment for creating and experiencing art. By exposing and exploring the artistic process, Mana Contemporary offers an exciting way to discover and learn about art while artists are enabled to experiment and collaborate across all disciplines, forms, and media. Mana Contemporary is home to the Richard Meier Model Museum, Gary Lichtenstein Editions, the Eileen S. Kaminsky Family Foundation, the Middle East Center for the Arts, Shen Wei Dance Arts, the Keating Foundry, and more. For more information about Mana Contemporary, please visit www.manacontemporary.com.