Collective 2, the second edition of the fair, features an exhibition of student work from Design Academy Eindhoven, an intimate series of discussions centered on design and the creative process, a special exhibition on the work of Hella Jongerius, a series of collaborations between interior designers and Collective 2 exhibitors and a capsule exhibition that highlights the ongoing significance of design from the Nordic region. 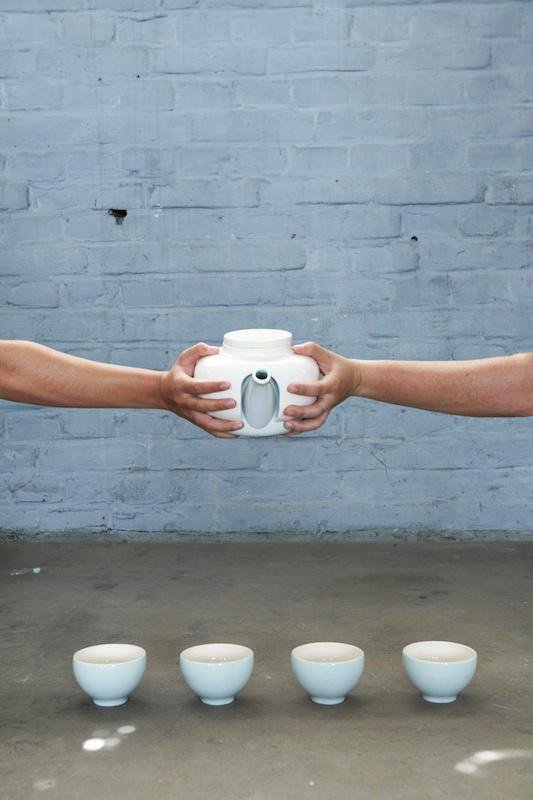 New York, NY, April 17, 2014 – Collective Design Fair announced today additional programming details for its second edition, Collective 2. Among these additional programs will be the US debut of an exhibition of student work from Design Academy Eindhoven in the Netherlands that moves the focus of design from object to concept, and the collective social good. Also included will be Collective Conversations, an intimate series of discussions centered on design and the creative process that will be hosted by a diverse group of innovators in the field. The series will be held onsite in a setting specially commissioned from the New York City-based collective BroLab.

Other programming will include a special exhibition on the work of internationally acclaimed designer Hella Jongerius; Collective Settings, a series of collaborations between interior designers and Collective 2 exhibitors; and Collective Focus: Scandinavia, a capsule exhibition that highlights the ongoing significance of design from the Nordic region.

Self Unself by Design Academy Eindhoven

Self Unself began as the theme of the 2013 graduation exhibition at the Design Academy Eindhoven in the Netherlands, and soon expanded to a broader platform at the Van Abbemuseum during Dutch Design Week. The presentation of Self Unself at Collective 2 will be the first in the United States and feature all new student work.

On the concept of the show, Eindhoven Creative Director Thomas Widdershoven says: “Looking at the graduating students and their projects, two words come to my mind: self and unself. Our students are presenting self-initiated projects with an unselfish inclination. Their projects raise social issues and are geared towards the collective good.”

Many Eindhoven students have moved beyond the production of objects to embrace other forms of expression, which include performances, films, debates or workshops. Earlier iterations of Self Unself have been presented at the Loft Creative Festival in Shenzhen, China, and at the 2014 Salone del Mobile in Milan. With each new location the exhibition takes on a new meaning, with fresh manifestations and interactions. Additional support for Self Unself is provided in part by the Dutch Culture USA program of the Consulate General of the Netherlands in New York.

Reprising successful programming from its first edition, Collective 2 will present Collective Conversations, featuring designers, gallerists, educators and cultural innovators exploring vital topics in the field of design. This year the Conversations will take place around a table where seats will be available for visitors who want to listen and join in the exchange. Among the participants will be designers India Mahdavi, Michele Oka Doner, Jennifer Trask and The Haas Brothers; Julia Kaganskiy, Director of the Incubator for Art, Technology and Design at the New Museum; Murray Moss and Franklin Getchell of Moss Bureau; Jane Adlin, Associate Curator of Modern and Contemporary Art at the Metropolitan Museum of Art; and Henry Urbach, Director of The Glass House in New Canaan, Connecticut. The conversations will be held in a setting custom-designed for the Fair by the New York-based artist collective BroLab.

Collective Design Fair is proud to introduce a solo exhibition on Dutch industrial designer Hella Jongerius (born 1963) as part of its continuing commitment to presenting the work of significant contemporary designers. Guest curators Murray Moss and Franklin Getchell of Moss Bureau have assembled a highly personal selection of representative works by the Berlin-based designer, drawn primarily from their private collection. Each work is a complete narrative unto itself, but altogether the selection presents a broader story of the artist's exceptional ability to create a collection that expresses her idiosyncratic, playful perspective on design. Works featured in the exhibition—from her signature vessels to textiles to furniture—will demonstrate Jongerius’ skill and artistry in stitching together and making harmonious seemingly incongruous ideas, technologies and materials.

Says Moss, “For over twenty years Hella Jongerius has been working in an artist collective of sorts—albeit one of her own making. Over the years she has brilliantly “curated” an ever- expanding circle of diverse designers and manufacturers with different sensibilities and aesthetics. In doing so, she brings them all together in an unparalleled “Hella” commune, where ancient and avant-garde, hand-made and laser-cut, familiar and foreign, all become part of a vast quilt of sublime beauty and intelligence—her work.”

Additional support for the Hella Jongerius exhibition is provided in part by the Dutch Culture USA program of the Consulate General of the Netherlands in New York.

Collective 2 will host a capsule exhibition in 2014 spotlighting Scandinavian design, which plays a key role in this year’s edition. For Collective Focus: Scandinavia, guest curator Glenn Adamson, Director of the Museum of Arts and Design in New York City, will select significant vintage and contemporary works from Denmark, Finland, Norway and Sweden, on view among the exhibitors, to spotlight thematic connections and points of difference, providing a framework for visitors to think about this influential design region in new ways.

As a part of its ongoing mission to provide a platform for education and enterprise, Collective 2 will host a special program highlighting the collaborative relationship between interior designers and design galleries. Collective Settings will present a series of exhibitors who have been invited to work with a designer of their choice to create domestic contexts that integrate each gallery's collectible objects and furnishings. Taken as a whole, Collective Settings puts the spotlight on the arts of juxtaposition and placement, crucial components of the interior design practice. The designer/exhibitor pairings will include: Jonathan Adler/ Donzella 20th Century; Robert Couturier/Cristina Grajales Gallery; David Mann/Maison Gerard; India Mahdavi/Carwan Gallery; Suchi Reddy/Ammann Gallery; and Alan Wanzenberg/1950 Gallery.

Evolution of the Coupe by Cadillac

Cadillac will present two iconic cars as part of its sponsorship of the 2014 edition of Collective 2. The 2014 ELR and the 1967 Fleetwood Eldorado will be part of a special installation near the entrance of the fair, juxtaposing two of the most stylistically and technologically advanced designs produced in the last fifty years. Innovation in automotive design has been significant during this period, and the pairing of the two models presents an exemplary parallel to the side- by-side display of vintage and contemporary design at the fair.

Collective Design Fair is pleased to announce that Friday, May 9 will be designated Museum Day. Collective 2 will offer free admission to all museum members with proof of current membership.

Collective Design Fair began with a passionate group of architects, designers, collectors and gallerists who recognized the need for a new commercial and educational platform for the design collector and connoisseur.

From May 8 through May 11, 2014, Collective 2 will host a dynamic mix of emerging and established international exhibitors presenting a cohesive selection of contemporary and 20th- century design, along with a diverse slate of programming. Collective 2 will run concurrently with Frieze New York and the May art auctions, as the inaugural fair did in 2013, confirming its status as a key event on the city’s cultural calendar. Amplifying its mission to celebrate both design history and innovation, Collective 2 will take place at Skylight at Moynihan Station, located in the historic James A. Farley Post Office, a McKim, Mead & White-designed Beaux-Arts building on Manhattan’s West Side, at 8th Avenue and West 33rd Street.

Since its successful debut in 2013, when it welcomed over 5,500 visitors to Manhattan’s Pier 57, Collective Design Fair has been recognized as an important addition to the city’s cultural offerings. Collective 2 is pleased to be a part of NYCxDESIGN, New York City’s official citywide celebration of design.