With 'Me, My Mother, My Father, and I', Ragnar Kjartansson presents works with and about his family, including a newly orchestrated performance and video piece in which ten musicians play a live composition for the duration of the exhibition. 'Camille Henrot: The Restless Earth' brings together a selection of sculptures, drawings, and videos. Taking advantage of diverse systems of circulation, David Horvitz gathers and disperses images and objects through media such as the internet, the postal system, libraries, and airport lost and found services. 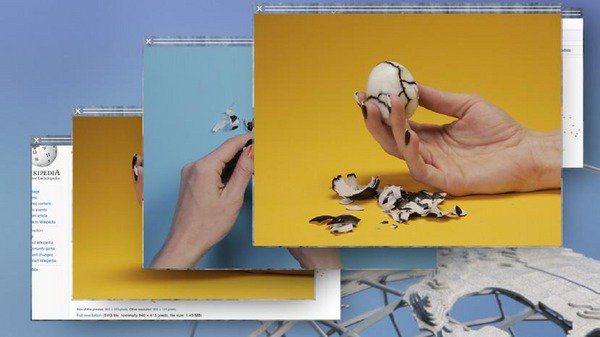 Ragnar Kjartansson: Me, My Mother, My Father, and I
May 7–June 29
Fourth Floor

New York, NY... “Me, My Mother, My Father, and I” will be the first New York museum exhibition of Icelandic artist Ragnar Kjartansson (b. 1976 Reykjavík, Iceland; lives and works in Reykjavík). Born into a family of actors and theater professionals, Kjartansson draws from a varied history of stage traditions, film, music, and literature. His performances, drawings, paintings, and video installations explore the boundary between reality and fiction as well as constructs of myth and identity. He often attempts to convey genuine emotion through melodramatic gestures and conversely reveals sincerity within pretending. Playing with stereotypes usually projected onto the persona of the actor, Kjartansson both celebrates and derides the romanticized figure of the artist as cultural hero. His performances are often feats of endurance, which last for hours or days at a time, taking a motif as simple as a pop song and transforming it through protracted repetition into a transcendent mantra.

At the New Museum, Kjartansson will present works with and about his family, including a newly orchestrated performance and video piece entitled Take Me Here by the Dishwasher: Memorial for a Marriage (2011/2014), in which ten musicians play a live composition for the duration of the exhibition. This work takes inspiration from a scene in Iceland’s first feature film, Morðsaga (1977), directed by Reynir Oddsson, in which the main character of the film, played by Kjartansson’s mother, Guðrún Ásmundsdóttir, fantasizes about a plumber, played by Kjartansson’s father, Kjartan Ragnarsson, in a sex scene on the kitchen floor. As family legend has it, Kjartansson was conceived the night after the film shoot. Kjartan Sveinsson, composer and a former member of the Icelandic band Sigur Rós, transformed the scene’s dialogue into a ten-part polyphony played by ten musicians, who sing and play guitar in the tradition of the troubadour to accompany a projection of the original film scene. Other works in the exhibition are made in collaboration with Kjartansson’s parents, including a new series of drawings of the sea made with his father, entitled The Raging Pornographic Sea (2014), and an ongoing video collaboration with his mother where she repeatedly spits in his face, Me and My Mother, which began in 2000. This exhibition provides an opportunity to look at the way Kjartansson’s work explores family ties and delusions of grandeur, as well as to engage with his ongoing interest in the conflation of reality and fantasy.

“Ragnar Kjartansson: Me, My Mother, My Father, and I” will be on view on the Fourth Floor from May 7–June 29, 2014. The exhibition is curated by Massimiliano Gioni, Associate Director and Director of Exhibitions, and Margot Norton, Assistant Curator.

The exhibition will be accompanied by a fully illustrated catalogue featuring an interview with the artist and new reflections on Kjartansson’s practice by Francesco Bonami and Roni Horn.

On May 9, 2014, at 7 p.m., join artist Ragnar Kjartansson and his parents, Guðrún Ásmundsdóttir and Kjartan Ragnarsson, for a special screening of the film Morðsaga (1977), the first feature film produced in Iceland in which both Kjartansson’s parents performed.

Ragnar Kjartansson was born in Reykjavík, Iceland, in 1976, where he continues to live and work. His recent solo exhibitions and performances include “The Palace of the Summerland” at Thyssen- Bornemisza Art Contemporary, Vienna (2014), “The Explosive Sonics of Divinity” at the Volksbühne, Berlin (2014), “The Visitors” at Luhring Augustine Gallery, New York, Migros Museum für Gegenwartskunst, Zurich (2012–13), Thyssen-Bornemisza Art Contemporary Vienna (2013), Hangar Biocca (2013–14), “It’s Not the End of the World” at the Fondazione Sandretto Re Rebaudengo, Turin (2012–13), “Endless Longing, Eternal Return” at the Frankfurter Kunstverein (2011), and “Take Me Here By the Dishwasher: Memorial for a Marriage” at the BAWAG Foundation, Vienna (2011). His first American solo museum exhibition, “Song,” was organized by the Carnegie Museum of Art in 2011 and traveled to the Museum of Contemporary Art in North Miami and the Institute of Contemporary Art in Boston. Additionally, Kjartansson recently participated in “The Encyclopedic Palace” at the 55th Venice Biennale (2013) and performed “A Lot of Sorrow” featuring The National at MoMA P.S.1 (2013). Kjartansson was the recipient of Performa’s 2011 Malcolm McLaren Award for his performance of Bliss, a twelve-hour live loop of the final aria of Mozart’s The Marriage of Figaro, and in 2009, he was the youngest artist to represent Iceland at the Venice Biennale.

Support
Major support for “Ragnar Kjartansson: Me, My Mother, My Father, and I” is generously provided by Maja Hoffmann / LUMA Foundation.

Additional support is provided by Åke and Caisa Skeppner.

Special thanks to the Consulate General of Iceland in New York, and Iceland Naturally.

This exhibition is also made possible, in part, by the Toby Devan Lewis Emerging Artists Exhibitions Fund. Support for the accompanying publication has been provided by the J. McSweeney and G. Mills Publication Fund at the New Museum.

New York, NY...In May, the New Museum will present the first comprehensive exhibition of Camille Henrot’s work in the US. The exhibition will bring together a selection of sculptures, drawings, and videos, all of which have made Henrot one of the most celebrated young artists working today. She has produced a number of dizzying video essays in which she follows intuitive research pursuits across disciplines and finds formal links between objects and images from disparate cultures and times. Henrot’s works combine anthropological research with a staggering range of cultural material reflective of the current digital age. Her exhibition at the New Museum will provide a survey of her recent work.

The title, “The Restless Earth,” is borrowed from a poem by the Martinican writer Édouard Glissant, known for his novels, poems, and writings on colonialism and diversity. The exhibition will feature four of Henrot’s recent videos including Grosse Fatigue (2013), a standout of the recent Venice Biennale, garnering her the Silver Lion as most promising young artist. The work extends on earlier videos like Coupé/Décalé (2010) and Million Dollar Point (2011), which capture rituals and landscapes that move across history and distant geographies. “The Restless Earth” also includes several series of works on paper and a new installation of “Is it possible to be a revolutionary and like flowers?” (2012–14). In this series, Henrot translates books from her library into ikebana arrangements, connecting the languages of literature, anthropology, and philosophy with the equally complex language of flowers. Through translation as well as archival research and the creation of hybrid objects—apparent throughout the artist’s videos, sculptures, and works on paper—Henrot demonstrates how the classification of artifacts and the production of images structure the way we understand the world.

“Camille Henrot: The Restless Earth” will be on view on the Second Floor from May 7–June 29, 2014. The exhibition is curated by Massimiliano Gioni, Associate Director and Director of Exhibitions, and Gary Carrion-Murayari, Curator.

The exhibition will be accompanied by a fully illustrated catalogue featuring new writing by Curator Gary Carrion-Murayari and artist Jimmie Durham, as well as an interview between Henrot, Dr. Arjun Appadurai, a social-cultural anthropologist, and Paulette Goddard, Professor of Media, Culture, and Communication at NYU.

Camille Henrot was born in Paris in 1978. She lives and works in New York. Henrot’s work has been exhibited at the Institute of Contemporary Art in London, the Centre Pompidou, the Musée d’Art Moderne, the Palais de Tokyo in Paris, the New Orleans Museum of Art, and the 55th Venice Biennale. In 2010, she was nominated for the Prix Marcel Duchamp, and in 2013, she was the recipient of the Smithsonian Artist Research Fellowship in Washington, DC, where she produced the video Grosse Fatigue. Henrot currently has a solo exhibition at Chisenhale Gallery, London, which will travel to Bétonsalon – Centre for art and research, Paris, Kunsthal Charlottenborg, Copenhagen, and the Westfälischer Kunstverein, Münster.

The Producers Council of the New Museum is also gratefully acknowledged.

This exhibition is also made possible, in part, by the Toby Devan Lewis Emerging Artists Exhibition Fund. Support for the accompanying publication has been provided by the J. McSweeney and G. Mills Publication Fund at the New Museum.

In his practice, Horvitz grapples with time and standardized measurements, and the shifts that occur when natural phenomena are subjected to manmade systems and vice versa. Unfolding as concrete actions, Horvitz’s works are often ongoing or self-generating projects. Taking advantage of diverse systems of circulation, he gathers and disperses images and objects through media such as the internet, the postal system, libraries, and airport lost and found services. Optimistically alluding to the possibility of an alternative logic, Horvitz exploits the structures in place around him as much as he deliberately counters patterns derived from professionalization and efficiency.

Titled “Gnomons” after the device on a sundial, which effectively produced the first image of time in the form of a shadow, Horvitz’s presentation includes the work Let us keep our own noon (2013), consisting of forty-seven handbells created through the remelting of a French church bell dating back to 1742. The work is activated by forty-seven performers who, at local noon (when the sun is positioned exactly above the New Museum), collectively ring the bells and then disperse throughout the building and out onto the surrounding streets of the Museum. Referencing the bygone practice of navigating time according to the position of the sun, the work reminds us that our daily rhythms are not solely determined by tradition and locality, but also rooted in global forces. In another work, The Distance of a Day (2013), Horvitz journeyed halfway around the world to the exact location where he could see the sunrise in the same moment that his mother was watching the sunset in California. Rather than emphasizing the result of a journey or the duality of here and there, Horvitz creates an image of the measurement that separates two people in time—exactly one day.

David Horvitz was born in California in 1982 and lives in Brooklyn. Recent solo exhibitions include: concurrent shows at Jan Mot, Brussels, and Dawid Radziszewski Gallery, Warsaw; Peter Amby, Copenhagen; Statements, Art Basel; Kunsthal Charlottenborg, Copenhagen; and Chert, Berlin. His work has been shown at EVA International 2014, Glasgow International 2014, LIAF 2013, MoMA, The Kitchen, and the New Museum. In New York, he has realized projects with Recess, Clocktower Gallery, post at MoMA, Printed Matter, Rhizome, and Triple Canopy. Recent artist books include The Distance of a Day (2013; Motto Books & Chert) and Sad, Depressed, People, (2012; New Documents). He has received the Rema Hort Mann Grant in 2011 and was nominated for the Discovery Award at Les Rencontres d’Arles in 2011. In 2013, he founded Porcino gallery in Berlin. This summer, he will have his first solo exhibition at Blum & Poe, Los Angeles.

“David Horvitz: Gnomons” is on view at the New Museum from May 7–June 29, 2014, and is curated by Helga Christoffersen, Assistant Curator.