Before Normal. In the exhibition, conceptual art isn't understood as the moment when art began to produce meaning, but also as resistance to meaning: the movement towards dissolution and the desire for clashes of information that take it well beyond the power moves of the art world. Works by Art & Language, John Baldessari, Inspection Medical Hermeneutics, Emil Lykkegaard, Lasse Schmidt Hansen among others. 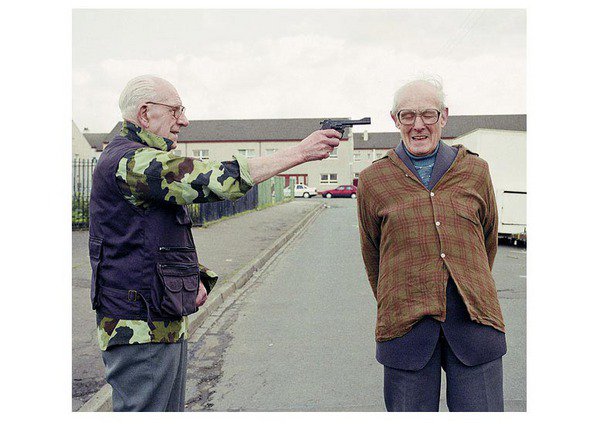 What do we mean when we talk about conceptual art? Are its history and potential adequately understood?

Conceptualism is generally taken to be a remote and intellectual art form that avoids images and visuality, valorising text, language and information instead: the super-ego of visual arts that insists on the last word and the right to judge all other art. The logocentric cliché that ‘the idea in itself’ forms the conceptualwork continues to be reiterated. Contrary to prejudices against conceptualism as a rigid and analytical art form, Concept After Concept presents conceptual works that embrace – as they always have - laughter and active nihilism.
In the exhibition, conceptual art isn’t understood as the moment when art began to produce meaning, but also as resistance to meaning: the movement towards dissolution and the desire for clashes of information that take it well beyond the power moves of the art world. Resisting both aestheticism and theory with ironic (self) critique and geeky sensuality, conceptualism was and is also cultural critique and an acid bath for rationality.

Perhaps conceptualism always needed an enemy. In the conceptual art of the 1960s, it was the art object, the myth of the artistic genius, or the idea of spontaneous creativity. More ambiguously, this enemy could even be conceptualism itself, as when John Baldessari sang Sol LeWitt’s manifesto ’Sentences on Conceptual Art’ (Baldessari Sings LeWitt, 1972). It wasn’t only a question of abolishing tradition: scepticism became self-scepticism, and was directed against any activity claiming the name of art in a radical critique of the art concept and its location within a modern cultural economy.

As a contradictory phenomenon that includes play and confrontation, irony and analysis, conceptualism’s inner tensions can extend or be exacerbated to embrace an aesthetic death drive that has the potential to detonate the individual artist. In this context, the phenomenon of artist groups, in which the individual signature is subsumed by collective identity, testifies to a structural method to undermine the conventional singular, identitarian forms of Artist, Medium and Art Work.

Perhaps paradoxically, conceptual art also displays populist traits. The work is often a joke on itself, on symbolic authority, and on processes of authorization. There is, or was, also a tendency for artists to orient themselves in the direction of popular culture and cultural specificity, imbuing global conceptualism with national signifiers or even anti- cosmopolitan embodiments of the parochial.

By focusing on under-theorized aspects of conceptual art, and sampling works from a range of generations and geopolitical contexts, Concept After Concept seeks to present evidence that conceptualism - then and now - has a greater aesthetic potential than usually assumed. The exhibition takes part ofits title from Kristine Kemp’s work Before Normal (2013), indicating the continued role of conceptualism in breaking with normality in the face of the instrumentalisation of art.

Museum of Contemporary Art
Stændertorvet 3D - DK-4000 Roskilde
Opening hours: Tuesday–Sunday, 12-5pm
Admission:
Adults: 40 DKK
Senior citizens and students: 20 DKK
Children under the age of 18: Free entrance
Members of Klub Samtidskunst and other memberships: Free entrance
Visits to the museum in an educational context or as a group of students are free during extended opening hours. Please note that reservations must be made in advance.