'Reflected-Works from the Foam Collection' feature work by young photographers and artists as well as those whose names have now become well-known. Daisuke Yokota presents work from his Site/Cloud series. In her multimedia installation 'Domestic Science', Annegien van Doorn sets in motion everyday substances such as toothpaste, custard and mayonnaise. 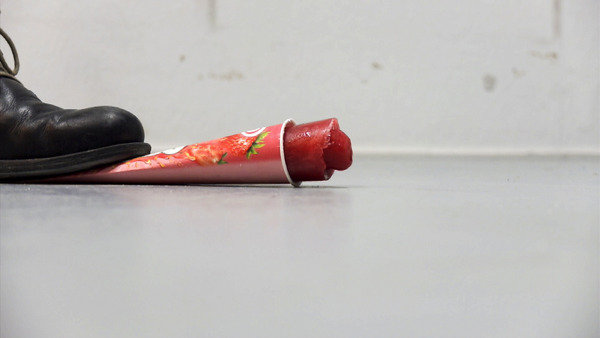 Foam is proud to present Reflected - Works from the Foam Collection, the first exhibition of works selected from its own collection. Foam has been collecting photography actively since 2007. The collection has been growing steadily and now, comprises more than 400 photos. Films and photography-related installations are also well represented. The collection is an active and dynamic part of Foam and a reflection of its exhibition programme, in which the emphasis is placed on the support, signalling and presentation of young talents. Foam follows the careers of these young talents, which may also result in further acquisitions.

Foam exhibited a part of its collection in 2011, during the annual international photography festival Rencontres d'Arles. The work was also seen in the Still//Life - Dutch Contemporary Photography exhibition, which travelled to Moscow, among other places. In addition, Foam has loaned works to the Jan Cunen Museum in Oss, Netherlands, the Daegu Photo Biennale in South Korea, the Lewis Gluckman Gallery in Cork and the Art Museum of Northern Norway in Tromsø.

Daisuke Yokota is part of a leading young generation of Japanese photographers. This exhibition presents work from his Site/Cloud series . His images in predominantly black and white - sometimes with a subtle hint of colour - show a haunting, indefinable world with shadowy, anonymous apparitions and nondescript places, contrasted with sublime, colourful representations of skies and clouds which evoke feelings of timelessness.

With his strongly contrasted black-and-white photography, Yokota seems to, at first glance, be working in the Japanese photography tradition. However a close examination of his work reveals an individual approach in which the elements of process and intervention play an important role. He uses a combination of digital photography and traditional film to shoot and re-shoot images, which he then manipulates further using other techniques such as photocopying and Photoshop. He has set up an improvised darkroom in his apartment where he can freely experiment with analogue techniques and chemical processes, where chance is also allowed to leave its traces on the final image. Yokota adds layer upon layer to his work, with each layer offering new potential for the next image, leading to alienated, mysterious and poetic representations of a different sort of world.

The works - whose endless repetitions take them further and further away from the original image - are partly inspired by electronic musicians such as Aphex Twin. He takes the same ideas of echo, delay and reverberation that influence the sense of time in their music and applies them to his own visual work. Yokota feels that the lack of a sense of duration and perception of time is a weak point in photography, so he experiments with other ways of evoking the aspect of time in his work. For example by creating images that refer to memories, dreams, or mindscapes that enable the viewer to make a mental journey through time.

This exhibition has been organised as part of the The Outset|Unseen Exhibition Fund. The Outset|Unseen Exhibition Fund is a unique partnership between Unseen Photo Fair and Outset Netherlands, providing a new institutional platform for emerging talent. Scouting the fair before opening hours, each year the selection committee selects one artist exhibiting at Unseen for a solo exhibition at Foam.

In her multimedia installation Domestic Science, Annegien van Doorn sets in motion everyday substances such as toothpaste, custard and mayonnaise. In 3h, Foam's exhibition space for young international talent, she presents photographic and video work which establishes relationships between ordinary, everyday and banal objects from our daily lives. The objects that Van Doorn uses in her work move beyond their day-to-day function and thus take on a new form. Domestic objects that are usually considered as visually worthless turn out to have qualities that are easily overlooked. Through playful, humorous and absurd actions, these trivial objects reveal the appeal and sexuality that is hidden behind their homely appearance and they pay an unexpected tribute to the imagination.

'How do we find meaning in our daily life? That fascinates me. I choose the places where we use and transform our surroundings day after day, and I look for traces of these interventions that say something about our needs and desires, about who we are or want to be in this world.' When Annegien van Doorn enters a space, she focuses on objects: every object has a history. Each has been produced by someone and placed in a specific place with a specific reason. What fascinates her is the idea that an object can change into something else, despite the fact that it was designed for a clear purpose. In her work, she carries out these kinds of interventions herself by rearranging ordinary objects and placing them in new contexts. Minor events thus are transformed into monumental ones and the familiar becomes uncommon. By documenting these tableaus with a photo or video camera, the objects are freed from their original purpose and take on a new meaning.

Annegien van Doorn (1982) earned a degree in Photography at the St. Joost Academy in Breda, Netherlands, in 2004. From 2006 to 2008 she followed a Master of Fine Art programme, 'Arte y Contextos Intermedia', at the University of Barcelona.

This exhibition has been made possible by the Van Bijlevelt Foundation and the Gieskes-Strijbis Fund.