Seven important artists, from different generations, reflect on today's China in the exhibition "We May Have Met Before". Association and suggestion were important aspects of Paul Bogaers' visual language from the outset. 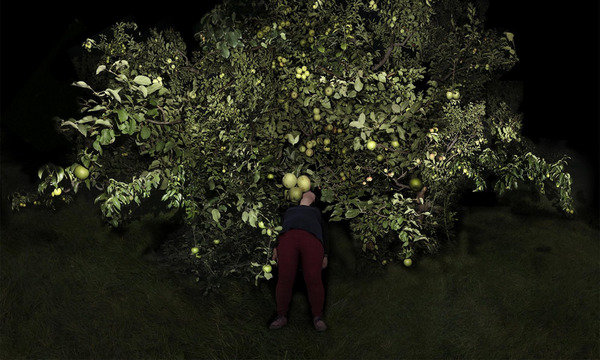 We May Have Met Before

Seven important artists, from different generations, reflect on today’s China in the exhibition We May Have Met Before.
Following the successful presentation in the Chinese cities of Shenzhen, Beijing and Shanghai of exhibitions put together by Foam, this autumn the museum will be staging We May Have Met Before, an exhibition of the work of seven contemporary Chinese artists, compiled by the internationally famous Chinese curator Feng Boyi, Liu Gang and Wang Dong.

Seven important artists, from different generations, reflect on today’s China. They all have strong links with the artistic tradition of their native country, while also offering new and refreshing perspectives on reality. The exhibition gives an insight into contemporary China, the current cultural environment there, new artistic developments and the position of photography.

The exhibition We May Have Met Before challenges visitors to examine more closely their image of Chinese culture. At the same time the symbolism of the selected works will undoubtedly prompt a sense of recognition, since Chinese culture and aesthetics are a strong presence internationally. China is a major political and economic power, a fact that is certainly in evidence outside Asia. In China photographic images are seen largely as historical evidence, serving to confirm or deny facts. The position of photography as an art form is not self-evident. The photographers featured in We May Have Met Before approach this situation in a variety of ways.

The work of Wang Ningde (b. 1972), for example, is all about photography as a vector; he goes beyond the communicative qualities of the medium. In his monumental photographs he explores the workings of light, composition and technique. Young photographer Fan Xi (b. 1984) also tests the boundaries of the medium. She prints her photos on unusual materials such as marble or wood, and constructs images based on several pictures of the same subject, which enables her to reflect upon the truth content of photography: what do we see and what do we want to see? Feng Yan (b. 1963) is one of the more established photographers in China. With a background in the writing of film scenarios, he is particularly conscious of the suggestiveness of images. His photos capture the emptiness and meaninglessness of things and places, despite the occurrence of extremely significant events. The famous Chinese-Japanese duo RongRong & Inri (b. 1968/1973) have been working together since 2000. In their photos they show their own intimate world, recorded on black-and-white film, and reflect upon the human body and nature in a rapidly changing world. Zhuang Hui (b. 1963), whose background is in painting and performance, is another photographer who plays with contemporary Chinese popular culture. Artist Chi Peng (b. 1981) portrays the escapism, loneliness and fear of failure prevalent in his generation, a consequence of the one-child policy.

The exhibition We May Have Met Before is a collaboration between Foam, The Pin Projects and the He Xiangning Art Museum in Shenzhen, which focuses on contemporary Chinese and international art and stimulates young talent. In the autumn of 2014 the He Xiangning Art Museum presented the Foam exhibition The Space Between Us – Contemporary Dutch Photography.

Paul Bogaers
My Life in the Bush of Ghosts

During this period, his work has developed from two-dimensional studies to the three-dimensional domain of assemblage, sculpture and installation, where photography plays a vital role. Bogaers also uses papier mâché – a material not often embraced by fine artists.

Association and suggestion were important aspects of Bogaers’ visual language from the outset. With his combinations of photographs, often using ‘objets trouvés’ such as amateur photographs, pages torn from books and other visual material, he invites the viewer to discover surprising links. Bogaers has never contented himself with the power of photography to reproduce exact representations of the visible world around us. In contrast, he’s constantly searching for ways to capture the internal world in images. Bogaers combines various media in an attempt to push the absolute limits of photography as an artistic medium.

The title My Life in the Bush of Ghosts (taken from the acclaimed 1981 album by Brian Eno and David Byrne, who in turn borrowed it from a novel by Nigerian author Amos Tutuola) refers to the Geestenbos (Bush of Ghosts) that Bogaers says he visits in his studio on a daily basis. His most recent work illuminates the artist’s fascination with African voodoo cultures, as well as the invisible and the supernatural.