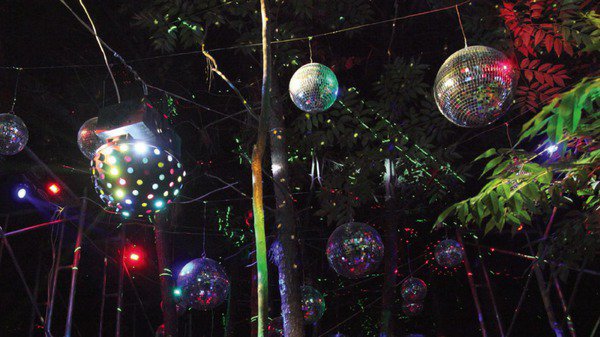 New York City – Now You See is the first exhibition in New York to survey the work of young Chinese video artists, through the eyes of the collector Dr. Michael I. Jacobs, who has been collecting Chinese video art in depth since 2010. The exhibition, drawn from his collection, brings together 21 rarely seen works by 11 young artists, mostly born in the 1980s, and includes multi-screen projective installations, animations, single screen projections and monitor works.

Unlike the West, China has no tradition of video art. The works in this exhibition demonstrate a sophisticated approach to the medium that includes references to Western performance, video, body art, cinema, animation and conceptual art that has become visible in China in recent years, yet transforms them into a fresh new language of the moving image with an originality that is also informed by traditional Chinese art and cinema, as well as newly available information about Western art and culture from the internet.

The exhibition includes a triple screen projective installation by Cheng Ran, The Sorrows of Young Werther (2009), whose title is borrowed from a tragic love story about the highly sensitive young artist Werther, written by Johann Wolfgang von Goethe in 1774. The viewer is surrounded by a surreal, dreamlike sequence of images shot in a forest at night, accompanied by a haunting soundtrack of psychedelic music performed by a Chinese DJ. Cheng Ran’s work is influenced by Western filmmakers such as Steve McQueen and the atmospheric films of the Hungarian director Bela Tarr, as well as by the film work of Yang Fudong, and Chinese culture.

Four animation films by Sun Xun can be seen together for the first time. Trained in the printmaking department of the China Academy of Art in Hangzhou, he applies his graphic skill to the moving image, creating hand-drawn animations in a monochromatic palette of blue ink and oil paint that evoke both the work of William Kentridge and Chinese scroll painting. The story of the protagonist in each narrative unfolds in a collage of images evoking the magic of a fairy tale, through which a brooding sense of foreboding, and a questioning of the political and cultural future of the world is expressed.

In Li Ming’s video Comb (2008), a large mechanical digger repeatedly breaks a hole in the wall of an old building, through which a young woman can eventually be seen from the back, standing in the room beyond. The digger’s long arm slowly reaches out to the back of her head and awkwardly attempts to gently comb through her hair without touching it, in a robotic gesture that is touching in its apparent desire to connect with a human presence. Li Ming’s video addresses the recent destruction of old apartment buildings in cities all over China, and the vulnerability of the people whom these actions have displaced, in the name of a new modernity that bears little relation to the needs of those communities.

Shiyuan Liu trained both at the China Academy of Art and at the School of Visual Arts in New York. Her 2009 video Evidence addresses the uncertainty inherent in close relationships between people. Friends were invited to bring clothes that represented their identities to a studio whose walls were painted in different colors. Each person chose a number corresponding to each set of clothing, and wore the clothes that they had picked, acting out the behavior that they imagined to be associated with the owner of the clothes. The emotional exchanges that result reveal the underlying tensions that can occur in close friendships, using the framework of performance to express important issues in everyday life.

These and the other works in the exhibition demonstrate the powerful voice of a new generation of young Chinese artists who have formed an independent approach that has absorbed the newly available, if limited, access to international art and popular culture through the internet, and through the community of young artists that has formed around art schools in China and, in some cases, in American art schools which some have attended, but is neither derivative of, nor dependent on, Western culture. This important exhibition follows on from Unfinished Country: New Video Art from China, the first American museum show dedicated to contemporary Chinese video art, curated by James Elaine, at the Contemporary Art Museum in Houston, in collaboration with the Asia Society Texas Center. This exhibition includes three artists whose work was not included in that exhibition, and are being seen in America for the first time: Shiyuan Liu, Wang Xin and Liang Yue.

Dr. Jacobs, an avid art collector with a passion for international contemporary art, made his first visit to China in October of 2010. Guiding himself, with an initial introduction to Zhang Peili and his former student, Wang Xin, he returned to China nine times to explore the little-known world of Chinese video art and to meet artists, curators, art critics, museum staff, and local art collectors. He began to focus his support of young artists on China after observing the high quality of the Chinese video work that he encountered during his visits. The result is a unique collection of Chinese video art that reflects the strength and breadth of contemporary moving image work in China. This collection is part of a larger collection of contemporary art that includes video by a range of international artists including Ryan Trecartin, Nathalie Djuberg, Korakrit Arunanondchai, Koki Tanaka, Matt Saunders, Trisha Baga, Robin Cameron, Rasheed Newsome, Liz Magic Laser, Dinhq Le, Chim Pom, and Shilpa Gupta.

A fully-illustrated catalogue will accompany the exhibition, with essays by Robin Peckham, writer and curator based in Hong Kong, and Dr. Melissa Chiu, Director of Asia Society Museum, and an interview with Dr. Jacobs by Chrissie Iles, Anne and Joel Ehrenkranz Curator, Whitney Museum of American Art.