A Voice of One's Own

On Women's Fight for Suffrage and Human Recognition. With a local event from 1914 as its starting point, the exhibition shows a few of the methods used to deal with oppression in a world that is still far from gender equal, and the importance of constantly rereading and reinterpreting history from different perspectives. 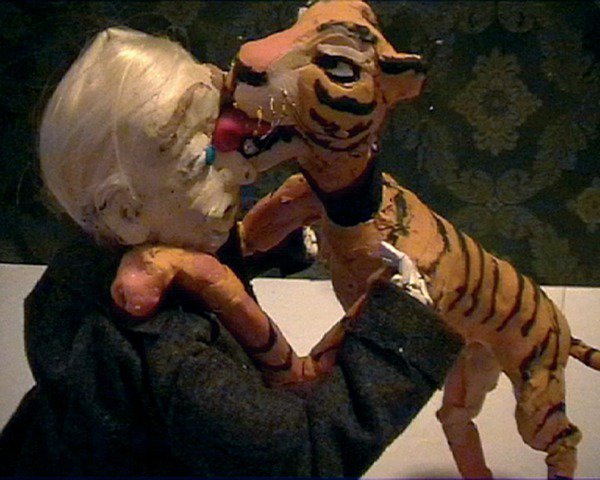 The fight for women’s suffrage was central to the women’s own manifestation at the Baltic Exhibition in Malmö a hundred years ago. This summer’s collaboration between Malmö Konstmuseum and Moderna Museet Malmö gives examples of strategies for achieving a gender equal society.

A number of artists who are active today have looked back in history at the reform work that was done to promote women’s political, economic and social rights at the beginning of the previous century. Others have examined current issues relating to the situation for women and their access to the public sphere today.

With a local event from 1914 as its starting point, the exhibition shows a few of the methods used to deal with oppression in a world that is still far from gender equal, and the importance of constantly rereading and reinterpreting history from different perspectives.

The Swedish Women’s Exhibition in Malmö 1914

During a couple of summer months in 1914, Malmö was invaded by visitors who came to see the Baltic Exhibition, an art and industry fair characterised by an upbeat view on the future and progress. The exhibition grounds also featured the Swedish Women’s Exhibition. In a full-sized copy of the white Baroque castle Årsta, where the women’s rights activist Fredrika Bremer grew up, discussions were held about the situation of Swedish women.

Several national women’s organisations participated, with the conservative women’s movement at the helm. All the contributors at Årsta were women – from the gardener to the restaurant manager. Art by women artists was shown, and visitors could read books by women authors in the library.

Votes for women was an urgent issue, along with the proposal that married women should have legal majority. Society was on the threshold of radical change, and women wanted influence. The term “feminist” came into use in Europe in the 1890s, as the women’s movement became more organised, often in the form of discussion and debating clubs. Yellow or gold, symbolizing the dawn and enlightenment, and white, the color of purity, became the international suffrage movement colors.

In Britain opted the Suffragettes, whose radical actions shook British society, instead the colors green for hope, white for purity and violet for dignity. When the suffragettes did not get what they demanded, they stepped up their violence, setting things on fire, cutting off telegraph wires and attacking art museums. And when they were imprisoned, they protested by going on hunger strikes, putting their own lives at risk. Their sisters in Sweden were considerably more restrained in their battle.

The Nordic countries were among the first to implement votes for women. In Finland, women were entitled to vote from 1906, in Norway from 1913, followed by Denmark in 1915. But resistance was tougher in Sweden, and women were not allowed to participate in the parliamentary election until 1921.

The exhibition at Malmö Konstmuseum presents several new art productions together with selected loans and archival material. The entire exhibition is permeated by the various strategies and methods that women have used to organise and claim their share of the public domain. Based on a few of the feminisms that are discussed today, the exhibition aims to feature works that both encompass global outlooks and narratives with a local connection.

The exhibition is dedicated to those whose commitment gave us the universal suffrage we enjoy today.

Press preview on Wednesday, June 4 at 9 am–1 pm
Welcome to a meeting for the press. The preview starts at Moderna Museet Malmö. Welcome address by Director John Peter Nilsson, followed by introductions to the exhibitions Tora Vega Holmström: I long for everywhere in the world, Pablo Picasso: From Arcadian Bliss to Painted Exorcism and Ursula Mayer: To What I Might Become by curators Cecilia Widenheim and Joa Ljungberg.

At 11 am, a bus will take us to Malmö Konstmuseum, where Director Cecilia Widenheim, together with the curators Marika Reuterswärd and Joa Ljungberg introduce the exhibition A Voice of One´s Own - On Women’s Fight for Suffrage and Human Recognition.