An exhibition on Brazilian contemporary art, with particular focus on the young, emerging art scene. It presents 14 artists, each of them was asked to choose an older artist, which they consider important. The artwork of Oliver Beer is centres on the interaction or play between the architectural space and the human voice. 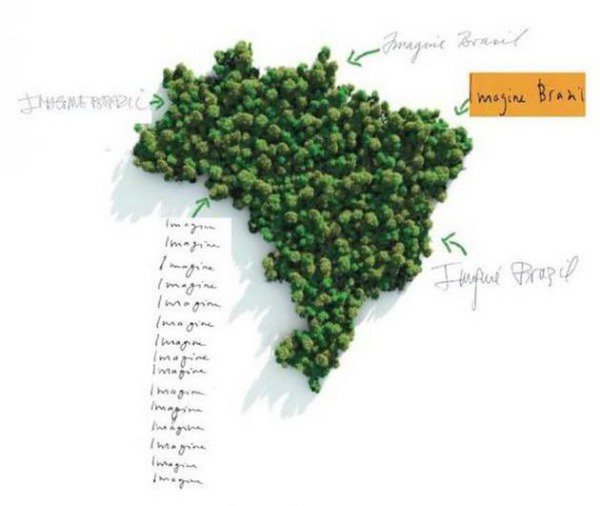 Currently presented at the Astrup Fearnley Museet in Oslo (Norway), Imagine Brazil is a snapshot of Brazilian contemporary art, with particular focus on the young, emerging art scene.

The Brazilian art scene
The Brazilian art history is well documented, especially the Brazilian modernism, such as Concrete, Neoconcrete and Tropicália movement, which developed independently but also in deep dialogue with modernist tendencies in Europe and North America. Artists such as Oscar Niemeyer, Lygia Clark, Hélio Oiticica, Lygia Pape and Ernesto Neto, are all part of the international modernist and artistic heritage and are all internationally recognized. In parallel with this great modernist tradition is also an explicit Brazilian conceptual art that was less dogmatic and structuralist than their counterparts in Europe and North America, but more open, more poetic, more politically engaged, as we can see in the works of Cildo Meireles and Vik Muniz.

With 'Imagine Brazil' the curators wants to showcase a diverse picture of what is happening in Brazilian contemporary art. 14 young artists are selected for what they perceive as important representatives of the emerging art scene in Brazil, but also in terms of their international significance. In addition to showcase the young artists the exhibition wishes to put their artistic expression in a historical context. Therefore, each of them was asked to choose an older artist, which they consider important for Brazilian contemporary art, to accompany them in the exhibition.

From Brazil’s rich and complex artistic landscape, the selected artists are proposing a new artistic language in order to develop important and urgent subject matter. Young artists who have dived into the multitude of possibilities offered by conceptually based works, including painting, sculpture, installation, photography, video and music. They are using a variety of languages, complex research and experimentation with words, materials and structures to embody their ideas. They also show a strong awareness of social engagement and issues related to political and climatic problems.

Artists Books
In addition to the main exhibition, there will be an exhibition of Artist Books, as an exhibition inside the exhibition. Artists Books is an art which always has been strong in Brazil, and in its form including writers, translators and designers as well as artists. Curators for this section are Jacopo Crivelli Visconti and Ana Luiza Fonseca.

Catalogue
The exhibition catalogue will contain texts presenting all the artists. The Brazilian art scene is introduced by Kiki Mazzucchelli, who work as a curator and art critic. Mazzucchelli is based in London and provide an outsider's perspective of the art scene. Brazil is also presented more specifically with texts about the art scenes in the cities of Rio de Janeiro and Sao Paulo, as well as Brazil’s five regions from north to south, east to west. Each city and region is presented by seven different authors. The authors does not necessarily focus on the same aspects and artists presented in the exhibition, therefore, the exhibition and the catalogue complement each other. The catalogue is designed by Rune Døli.

Art Bags
To ‘Imagine Brazil’ there will be created three Art Bags with different Brazilian-inspired designs. The museum has so far created eleven such Art Bags following the different solo exhibitions. The bags are exclusively designed by New York-based Anne Terada, which is both designer, photographer and jewellery artist. The bags have become very popular and for many considered as a collector's item.

In addition to Art Bags there will be a huge selection of Brazilian articles in the museum shop. Chosen considering sustainable craft and fair trade.

Born in 1985 in Pembury (United Kingdom), Oliver Beer lives and works in London (United Kingdom) and Paris (France). A composer by training, he studied at the Ruskin School of Drawing and Fine Art from the University of Oxford (United Kingdom). He also followed the Film and Audiovisual Studies masters at the University Paris-Sorbonne. In 2009, he won the Saatchi Gallery’s New Sensations Prize. He has held numerous artist residencies including at the Pavilion of the Palais de Tokyo in 2011, at the Saint-Louis glassworks with the Fondation d’entreprise Hermès in 2012, and at the Villa Arson (along with artist Shingo Yoshida) at the end of December 2013.

The artwork of Oliver Beer, centres on the interaction or play between the architectural space and the human voice, and has resulted in a large corpus of acoustic performances as part of what he calls The Resonance Project. In this "project", he experiments on the interaction between space and sound. The artist reveals the oscillations of harmony and its "choreography" with the living, and puts bodies in dialogue with architecture, thus exploring the potential of such a relationship to alter our perceptions.

Oliver Beer is a musician, as well as a multidisciplinary artist working through the media of drawing, photography, video and performance art. An entire floor of the macLYON will be devoted to the solo exhibition of this young British artist. This will feature a new work, Rabbit Hole, froms the series Aural Architecture, and following on from The Resonance Project, complemented by certain pieces displayed to the public for the first time.