Like Child's Play, Works On-site. The exhibition presents two new works, installed on the MAMCS' 1500 m2 glazed facade and in the 600 m2 temporary exhibition area: a site-specific installations that combine the understanding of what is in place with the putting forward of a sculptural proposal. 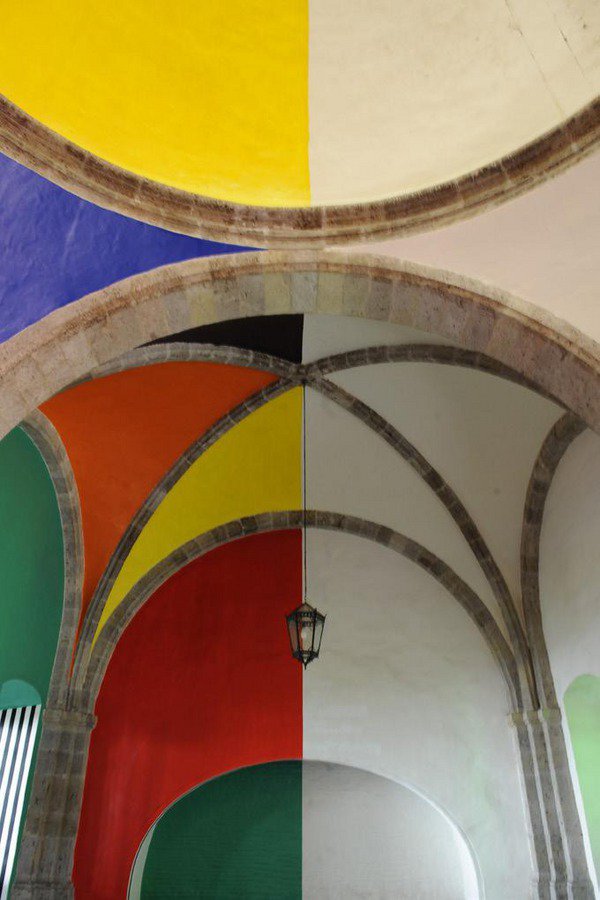 Strasbourg’s Museum of Modern Art and Contemporary Art is holding a six-month exhibition of work by the artist Daniel Buren.

Considered to be one of the most important artists of the contemporary scene, Daniel Buren (b. 1938) is the author of a considerable output of both artistic and theoretical work. Very briefly summarized, his most emblematic contribution could be seen as his understanding and use of the on-site concept.

After briefly studying at the École des Métiers d’Art, Daniel Buren began questioning the boundaries of painting early in the 1960s, using an artistic language reduced to essentials and based from 1967 on the use of 8.7 cm wide vertical stripes – defined by him as a visual tool. Buren since then has been developing work of exceptional rigour and consistency and which can be read as a plural approach to the context in which works of art appear.

The exhibition Like Child’s Play, Works On-site, 2014 presents two new works created by Daniel Buren for the Strasbourg Modern and Contemporary Art Museum (MAMCS). They have been installed on the MAMCS’ 1500 m2 glazed façade and in the 600 m2 temporary exhibition area. The project is in two parts that fully complement each other and in both cases give the visitors a chance to rediscover in a new light the architecture and temporary exhibition spaces of the museum.

With this double exhibition, Daniel Buren has realized site-specific installations that combine the understanding of what is in place with the putting forward of a sculptural proposal. After his recent interventions in Istres and Guadalajara, he has presented the MAMCS with one of the most playful works in his career. The exhibition is accompanied by a catalogue raisonné listing works engaged since 1971 in a close dialogue with architecture and including a text by Marie-Ange Brayer and a new interview of Daniel Buren with Patrick Bouchain, Joëlle Pijaudier Cabot and Estelle Pietrzyk.