The Figure in Contemporary Sculpture. While figurative work might once have seemed like an irrelevant relic, the artists in this exhibition exploit its untimely status in making work that evinces an acute and subversive sense of history. 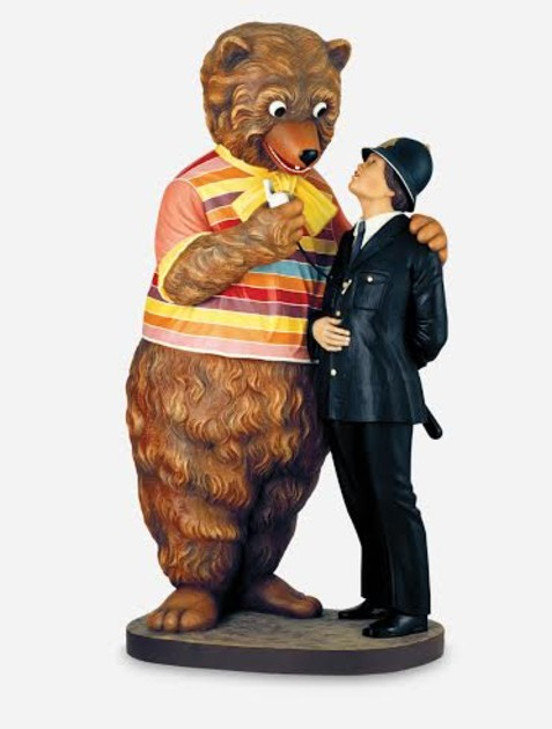 The Human Factor: The Figure in Contemporary Sculpture explores the ways that artists have reinvented and redefined figurative sculpture over the past twenty-five years. Tracing the development of a significant shift in recent sculptural practice, it brings together the work of artists who use the figure as a point of departure for exploring a far-ranging social landscape, and for questioning the ways in which we represent the 'human' today.

While figurative sculpture might once have seemed like an irrelevant relic, the artists in The Human Factor exploit its untimely status in making work that evinces an acute and subversive sense of history. Conflating aesthetic conventions from different eras, their work remixes period styles and tropes in ways that articulate unexpected and critical connections. Works in the exhibition also reinterpret and update moments from sculpture's past to comment on shifting cultural and social relationships of the present day. Largely eschewing concerns with individual portraiture, these artists instead approach the human form as a kind of rhetorical figure and a means for staging and unpicking a wide range of contemporary experiences and values.

The Human Factor focuses on sculpture that has a distinctly 'worldly' character. Works in the exhibition probe our engagement with voyeurism, violence, the commemoration of war and history, and the impact of mass media while drawing on representations of the human body in popular culture. At the same time, much of this work also invites us to pay attention to the particular dynamics of its presentation in the gallery and what we might consider its social behaviour: how it addresses and confronts the viewer, and what kind of looking it solicits. Alternately functioning as a kind of theatrical surrogate for the spectator as well as an object of display, it prompts us to reconsider our own scripted behaviour in the gallery.

The Human Factor encompasses a wide array of recent practices from hyper-realistic figures to sculptures that change over time. A number of the participating artists explore sculpture's relationship to photographic imagery, including news photos, tourist postcards and personal snapshots. In contrast to the sculptural photo-realism pioneered in the 1960s which sought to return the medium's focus to representation, this work is concerned with fashioning figures that evince a provocatively indeterminate presence, hovering between object and image. Mixing temporal registers, it entangles sculpture's present-time physicality with photography's trace of a past moment. Other artists make use of the human form to unsettle, rather than affirm, established notions of subjectivity and identity. They solicit our anthropomorphizing impulse only to derail it. Far from invoking some universalised aspect of humanity, the sculpted figure in The Human Factor appears as a matrix of multiple and contradictory meanings, inviting us to turn upside down our routine readings of this most familiar form.

The exhibition will be accompanied by a comprehensive and beautifully illustrated catalogue exploring the work of leading contemporary artists in whose practice the human form plays a central role. A unique survey of figurative sculpture today, this volume features newly-commissioned essays by authors including Tate Britain Director, Penelope Curtis, art critic and writer Martin Herbert, Artangel co-director James Lingwood, art historian Lisa Lee and Hayward Gallery Director, and curator of the exhibition, Ralph Rugoff. Alongside full-colour images of the artists’ works, the book also includes original and rarely - seen material documenting the creation of these fascinating works.