Selected Works. In the architectural setting devised specifically for the exhibition, he has playfully arranged existing and new works to create an ingenious display of exceptional impact. He is as versed in making videos and installations, in drawing and painting, as he is in writing and lecturing. 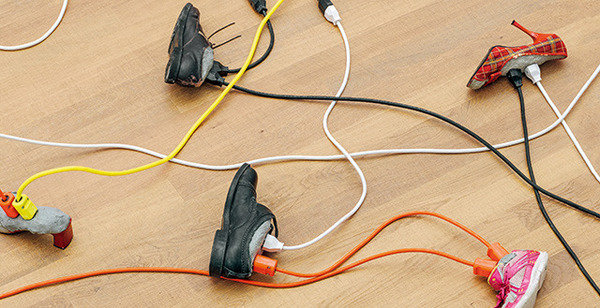 For six months, Schaulager is presenting the art of Paul Chan, born in Hong Kong and based in New York. It is the most extensive exhibition ever of work by this artist, just 40 years old, who has already created a wide-ranging oeuvre that reveals him to be one of the most inventive and multifaceted practitioners in contemporary art. His studies of current political and social issues, as well as the great and timeless concerns of history, literature, and philosophy, are incorporated into his art with lighthearted verve.

Paul Chan is prototypical of his generation, exploiting the potential of the World Wide Web and its information overkill to excess, redesigning it and establishing links with goal-oriented, unbridled enthusiasm. He is as versed in making videos and installations, in drawing and painting, as he is in writing and lecturing. A closer look at this seemingly disjointed, rampant, and bewildering oeuvre proves it to be consistent, unswerving, and profound. It is our pleasure to invite you to enter into Chan’s exciting universe and discover his exceptional art.

Schaulager’s invitation to mount an exhibition has been an opportunity for Chan to review what he has done so far and to move ahead with his work. In the architectural setting devised specifically for the exhibition, he has playfully arranged existing and new works to create an ingenious display of exceptional impact. You, as viewers, will no doubt be instantly struck by the immediate effect of the works in space. It is your turn to decide how much you wish to invest in the countless issues and questions addressed by the artist. If you embark on this journey of discovery, you will experience and understand things differently, things initially perceived as beautiful and yet disturbing, deeply moving yet alien or even shocking.

A “challenging” exhibition? Yes, and one full of unexpected twists and turns that will inspire you to take your time and come back for another look. That is why the admission ticket is valid for three visits. The accompanying program of events, including tours and lectures, offers visitors the opportunity to enhance their appreciation of Paul Chan’s oeuvre even more.

On September 12/13 a symposium will take place in the auditorium. It is open to the public and will give further insights into the exhibition and Paul Chan’s work.

Once again on Thursdays, Schaulager will stay open until 10 p.m. for the “Schaulager Night”, during which your ticket includes an attractive program of tours, art films in the “Artist’s Choice” program, talks, and poetry sessions.