The Art of Two Cities. Spanning from the early twentieth century to the interwar years, is the first to deal with the artistic parallels, differences, and correlations between these two towns. 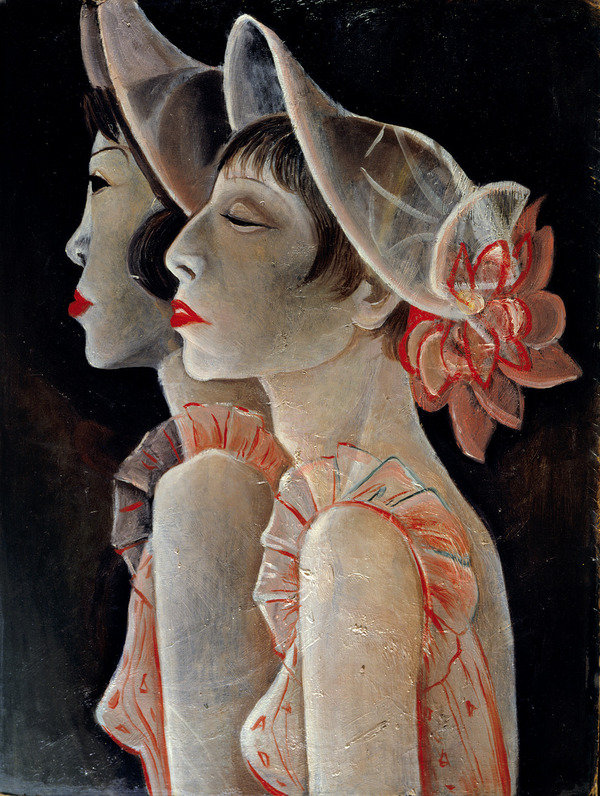 Vienna - Berlin is a cooperation between the Belvedere and the Berlinische Galerie.

In the late nineteenth century, both Berlin and Vienna were considered rising metropolises, which, however, represent identification models antithetical to this day, as well as different cultural self-concepts. Whereas the literary exchange between those two global cities has extensively been explored, a comparison of their developments in the visual arts and an investigation into mutual interaction in this field have remained blind spots. The exhibition Vienna - Berlin. The Art of Two Cities, spanning from the early twentieth century to the interwar years, is the first to deal with the artistic parallels, differences, and correlations between these two towns.

On the one hand, there is Berlin, the vast metropolis without a grown historical centre, a city that almost strikes one as American; on the other hand, there is Vienna, the town of operettas suffused by the Baroque style and first and foremost associated with décadence. The points of departure of this show are relationships, discrepancies, and similarities between the two cities’ Secessionist movements around 1900. While the Viennese Expressionists were primarily characterized by their psychological empathy, the Young and Wild Ones in Berlin chiefly displayed an ecstatically aggressive demeanour. World War I led to a rapprochement of the two nations, entailing a vivid artistic exchange between the two cities that evolved with regard to the emerging style of New Objectivity, particularly when it comes to stage art. At the same time, Viennese Kineticism, relying on concepts of Expressionism and Futurism, gained influence. It was juxtaposed by the Berlin Dada movement, which addressed current social conditions in a both critical and subversive manner, thereby creating an anti-culture.

Especially the Roaring Twenties reflect an artistic exchange between and approximation of opposing positions, allowing a new perspective of the connection between the two capitals, which, in spite of their differences, were closely related – social criticism and their approach to aesthetics, a Cubist language of form, and a tendency towards Verism coincided. This development is exemplified through works by Otto Dix, Rudolf Schlichter, George Grosz, Albert Paris Gütersloh, Anton Kolig, and Rudolf Wacker. Moreover, the show includes examples by Herbert Boeckl, Raoul Hausmann, Josef Hoffmann, Friedrich Kiesler, Ernst Ludwig Kirchner, Erika Giovanna Klien, Oskar Kokoschka, Max Liebermann, Max Oppenheimer, Max Pechstein, Christian Schad, Egon Schiele, Max Slevogt, and others. In addition, contacts between the artists and art dealers and promoters, such as Cassirer, Walden, Moll, and Loos are discussed, while the significance of such co-operating art periodicals as Aktion, Sturm, and Fackel is examined.