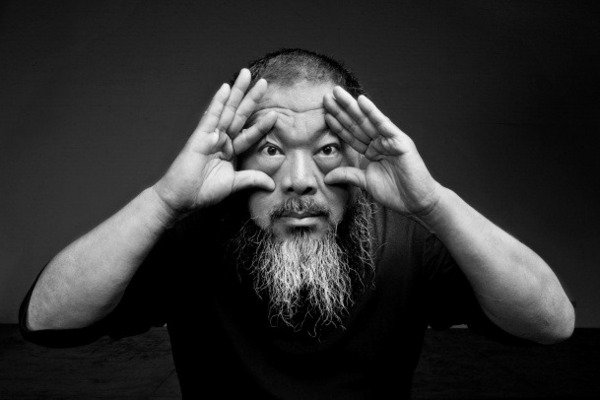 Ai Weiwei’s sculpture consists of three cylindrical ditches filled with broken crockery, earth and turf. The ditches are arranged as an isosceles triangle, with sides of a 100 metres. The buried crockery is porcelain replicas of a vase to be found in a mid-14th century Chinese temple. The replicas were made whilst the artist was working on his series Ghost Gu Coming Down the Mountain (2005) and then broken into hundreds of pieces of various shapes and sizes. The original vase was created during the period of the rule of the Mongolian Yuan dynasty (1269-1368), most probably between 1330 and 1370. The Blue and white porcelain vase is decorated with a scene depicting Wang Yi (in some sources referred to as Wang Xu), also known as Guiguzi (Master of the Ghost Valley) – a strategist and teacher – seated on a chariot drawn by a tiger and a leopard. Guiguzi was considered the author of the famous strategic treatises of the Era of Warring States.

In reaching out to the history of this precious object, Ai Weiwei was interested in the fetishisation of certain artefacts and their complex history encapsulated in the colonial logistics of robbery and appropriation; he also highlighted the insouciant eradication of the legacy of ancient Chinese culture brought about by the brutal modernisation of today’s China. The original vase, on which Ai Weiwei based his replicas, was in 2005 sold by the London auctioneers Christies for US$27.7 million, a record sum for a Chinese work of art. It was rumoured that the rare and precious vase had been bought by an anonymous Chinese consortium in order to ensure that this historic relic should return to its country of origin.

Ai Weiwei’s sculpture may be interpreted in the context of art history and the 20th-century avant-garde: conceptualism, ready-mades, minimalism and land art. Paradoxically, although the project is material and possessed of mass that is both tangible and weighty, it is, nevertheless, invisible and inaccessible to the viewer. It functions as a conceptual myth, a kind of urban legend. The realisation of the project had a performative dimension, bringing to mind burial rituals or attempts to hide away one’s precious possessions in the face of an approaching cataclysm as well as being reminiscent of archaeological methodology.

In Warsaw, Ai Weiwei’s invisible, underground sculpture acquires additional resonance. In the city that conceals the ruins of buildings bombed and burned down during World War II along with such poignant traces of the past as the archive of Emanuel Ringelblum (who in 1942 and 1943 buried an archive which in three milk cans related life in the Warsaw Ghetto), earth frequently has a textual dimension; it becomes a palimpsest, to be decoded by future generations of researchers. In Bródno, Ai Weiwei’s project coincides perfectly with the purely archaeological context: it was there, a few kilometres from Bródno Park that the remnants of the 11th century settlement were discovered, the first part of what was later to be named ‘Warsaw’.

Ai Weiwei’s work is also a message to future generations, for whom it will be a work ‘to be found’. It should be viewed from a somewhat unusual chronological perspective: a geological rather than a human timescale. The mysterious ditches full of broken pieces of by-proxy 14th-century Chinese vases are reminiscent of the Voyager Golden Record, sent into space in 1977 on board the American space shuttle. This record of data related to the culture of the human race on our planet was a missive to other civilisations or to humans of the future. These replicas of precious ancient artefacts made by one of the greatest contemporary artists are not, however, an attempt to create a piece of archaeological dissembling. They tell a story – about the impossibility of imagining a world where we ourselves do not exist and about time that has lost its linear character. In a distant future, Ai Weiwei’s work will constitute one of the traces of human civilisation and its most intriguing activity – art.

The Sculpture Park in Bródno is curated by Sebastian Cichocki and produced by Katarzyna Karwańska, Museum of Modern Art in Warsaw. The sixth edition was delivered in co-operation with the late Bogna Olszewska.

Our thanks for help in the realisation of this project go to Paweł Althamer, neugerriemschneider gallery, Berlin and Ai Weiwei Studio, Beijing.