In 'War' exhibition, artworks by a group of international artists address the subject of war, its impact on society and the aftermath of destruction. While visiting the Bertolt Brecht archives in Berlin, Broomberg & Chanarin discovered a remarkable artefact: Brecht's personal bible. For 'Gallery 6' a solo show by Rebecca Gould. 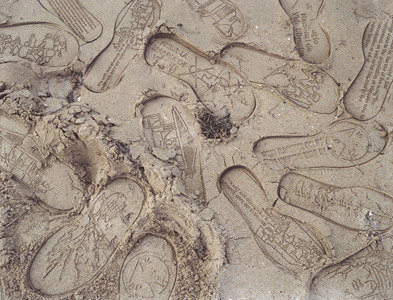 WAR is the third exhibition in a series at MOSTYN that looks at the history of the building, as well as the town of Llandudno, set within a wider context. The intention is to offer the opportunity for the public to engage with MOSTYN’s past, and for local people to explore their own history. The series takes the building’s former use as starting points from which to explore new avenues for the making and presentation of exhibitions and audience engagement.

WAR responds to Llandudno’s involvement in World War One and, in particular, MOSTYN’s former use as a drill hall at that time.

Artworks by a group of international artists address the subject of war, its impact on society and the aftermath of destruction. While the concept and complexity of war have influenced the selection of artworks, so too has the notion of conflict. The consideration of conflict within the exhibition extends beyond conflict associated with war, addressing it in a broader sense within the context of art history and tradition.

The exhibition also brings together historical material that looks at Llandudno during World War One. Artefacts, images and documents are used to portray the local story and how this is linked to the national picture.

Both components – contemporary and historical – are intended to complement one another. Together, the artworks and the documentary evidence enable the subject and presentation of war to be viewed with new understanding.

This exhibition has been curated by Adam Carr (MOSTYN Visual Arts Programme Curator) and produced by MOSTYN.

A full-colour catalogue accompanies the exhibition. It includes an essay and texts on the artists and their works by Adam Carr (MOSTYN Visual Arts Programme Curator) and a text by Alfredo Cramerotti (MOSTYN Director). It can be ordered by contacting: shop@mostyn.org

WAR forms part of MOSTYN's Audience Development Programme – History Series Project 2014-17. Both the exhibition and the overall programme are made possible through the generous support of Arts Council of Wales Lottery Grant.

About MOSTYN
Situated in the North Wales coastal town of Llandudno, MOSTYN is Wales’ leading public contemporary art gallery and serves as a forum for the presentation and discussion of contemporary life through contemporary art, curatorial practice and a programme of engagement.

MOSTYN presents, in partnership with Artes Mundi, the UK premiere of Broomberg & Chanarin’s new body of work Divine Violence. Inspired by the annotations and images that playwright Bertolt Brecht added to his own personal bible, and mining The Archive of Modern Conflict, the world‘s largest photographic collection of its kind, the exhibition questions the unspoken criteria at play within the visual representation of conflict.

While visiting the Bertolt Brecht archives in Berlin, Broomberg & Chanarin discovered a remarkable artefact: Brecht’s personal bible. The object caught their attention because it had a photograph of a racing car stuck to the cover. Inside the pages they discovered that the German playwright had used his bible as a notebook; pasting in images, underlining phrases and making notes in the columns. This was the inspiration for their own illustrated Holy Bible, which they realised first in book format (published by Mack, 2013) and now, on show at MOSTYN in its UK premiere, as a full-scale exhibition. For this project, the artists have combined images taken from The Archive of Modern Conflict – the largest archive in the world dedicated to images of war and conflict – with phrases in the text, which they have underlined in red ink.

A short essay by the Israeli philosopher Adi Ophir underpins the exhibition endeavour. In his writing, Ophir observes that God reveals himself in the bible predominantly through acts of catastrophe, and considers the biblical text as a parable for the growth of modern governance. With this exhibition, for the first time Broomberg & Chanarin make this parable powerfully explicit.

Exhibited alongside Divine Violence there will be two other significant works by Broomberg & Chanarin: Afterlife, a re-reading of a controversial, Pulitzer Prize-winning 1979 photograph, whose author was anonymous for the next 30 years; and The Day Nobody Died, a 2008 series of radically non-figurative, action-photographs produced when Broomberg & Chanarin were embedded with British Army units on the front line in Helmand Province in Afghanistan.

The exhibition at MOSTYN is curated by Alfredo Cramerotti, Director, MOSTYN, and is produced in partnership with Artes Mundi.

Divine Violence will open alongside a second show at MOSTYN entitled, WAR. This exhibition takes as its starting point the former use of MOSTYN, which in the build up to World War I in 1913, became a drill hall. It brings together historical material about this time, surveying both local and national involvement, as well as the war’s impact and its afterlife.

WAR is the second in a series of exhibitions at MOSTYN that form a key part of MOSTYN’s audience development programme. Each exhibition looks at the history of the building, as well as the town of Llandudno and its broader context.

Accompanying the two exhibition openings (Saturday 19th July 2014), Artes Mundi will present the second seminar in the ongoing ‘Dialogues on Conflict’ series. Conflict through the Eye of Lens will explore: What is the relationship between photography and war? How do photographers and artists represent and interpret conflict and how does the mass media use and distribute these images? This seminar will bring together artists, academics, theorists and theologians to explore and discuss the frictions and tensions surrounding authorship, representation and the sacred.
Speakers include: Adam Broomberg & Oliver Chanarin, Dr Jenifer Good, Dr Aaron Rosen and Sara Bevan. More information on the ‘Dialogues on Conflict’ series can be found at www.artesmundi.org

ADAM BROOMBERG & OLIVER CHANARIN BIOGRAPHY
Adam Broomberg & Oliver Chanarin are artists living and working in London. Together they have had numerous international exhibitions including The Museum of Modern Art, Tate Galleries, Apexart, The Gwagnju Biennale, the Stedelijk Museum, the International Center of Photography, KW Institute for Contemporary Art, The Photographers Gallery and Mathaf Arab Museum of Modern Art. Broomberg & Chanarin are Visiting Fellows at the University of the Arts London. Their work is represented in major public and private collections including Tate Modern, The Museum of Modern Art, the Stedelijk Museum, Victoria and Albert Museum and the Art Gallery of Ontario. In 2013 they were awarded the Deutsche Börse Photography Prize for War Primer 2, and most recently they were awarded the ICP Infinity Award 2014 for their publication, Holy Bible.

About MOSTYN
Situated in the North Wales coastal town of Llandudno, MOSTYN is Wales’ leading public contemporary art gallery and serves as a forum for the presentation and discussion of contemporary life through contemporary art, curatorial practice and a programme of engagement.

About ARTES MUNDI
Artes Mundi is an international arts organisation based in Wales. Established in 2002, Artes Mundi is committed to supporting groundbreaking, international, contemporary, visual artists whose work engages with social reality and lived experience. Every two years, working closely with artists, galleries, art institutions, curators and the British Council, Artes Mundi seeks nominations of artists who engage with social reality, lived experience and the human condition and who have, or are developing, an international career.

Artes Mundi is publicly funded by the Arts Council of Wales and by Cardiff City Council. Other funders include The Colwinston Charitable Trust, The Myristica Trust and the Waterloo Foundation.

Gallery 6 is a new initiative at MOSTYN housed in its upper level. It is dedicated to presenting the work of young and emerging artists, all of whom are yet to have a solo exhibition in an institutional setting—nationally or internationally. Four Uprisings will occur each year.

Born in 1980 in Scotland and based in Holyhead, Rebecca Gould makes work that can be described as ‘urgent’. Her practice focuses on the immediacy of the act and the transformative power of the artistic gesture. The work takes multiple forms and uses a wide range of materials, in which we can appreciate the sense of history of the final object as well as its transitional character. With Gould’s art, it is as if we keep making slight adjustments to our clothes in order for them to fit us better.

Gallery 6 would not be possible without the generous support of Esmée Fairbairn Foundation.