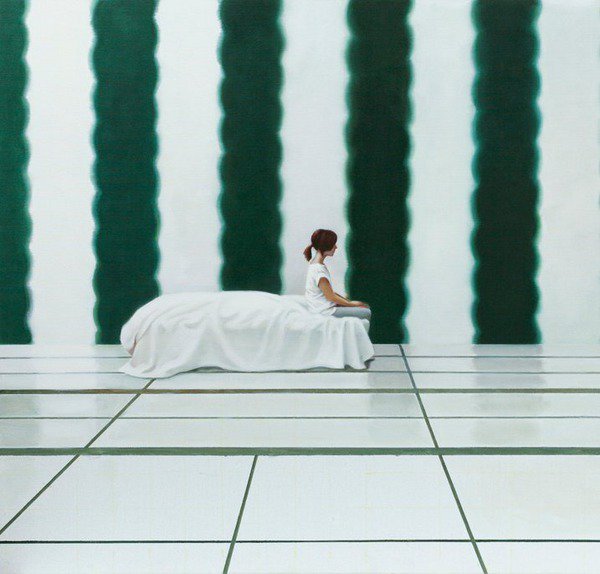 The fa­ther fig­ure of the past has been brought down, and the mod­ern man of today is under at­tack from all sides. The Dan­ish painter Peter Martensen de­picts the anony­mous an­ti­hero of today ac­cord­ing to all the rules of the art. His paint­ings fea­ture men wear­ing white shirts and liv­ing ef­fi­cient lives in fa­mil­iar open of­fice land­scapes. But around them chaos is en­croach­ing, doc­u­ments are fly­ing through the air and water is slowly ris­ing waist high. Is it per­haps their own, inner na­ture over­tak­ing them

The exhibition presents paintings dating from the early 1990s up to the present as well as a selection of drawings and films by Peter Martensen.

An art collection is like an archive or a family photo album. It tells a story of art and artists, but also of those who collected and purchased the art and the place where the collection is housed. KUNSTEN – Museum of Modern Art Aalborg owns one of Denmark’s best collections of recent art. Private donations and its own purchases have made it possible for this museum in north Jutland to offer a vivid portrait of a generation of artists whose paintings, drawings, films and installations have fascinated the public for the past twenty years. When Kunsten visits Brandts you will encounter works by artists such as Michael Kvium, John Kørner, Allan Otte and Anette Harboe Flensburg.