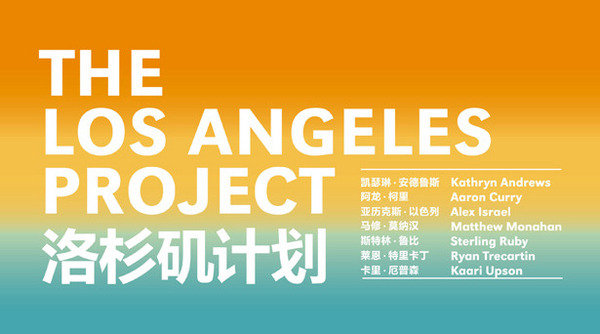 An anthology of seven shows of contemporary artists living and working in Los Angeles in a critical examination of one of the most important art centers in the Western world. These seven artists represent a generation of creative practitioners drawn to a global nexus, one whose rich cultural legacy and robust network of art schools, galleries, and institutions act as a magnet for top talents in the field of contemporary art. Participating artists in The Los Angeles Project include Kathryn Andrews, Aaron Curry, Alex Israel, Matthew Monahan, Sterling Ruby, Ryan Trecartin, and Kaari Upson. The UCCA exhibition is the first showing in China for most of the artists as well as the first time the art of Los Angeles has been comprehensively presented in the region. Curated by UCCA Director Philip Tinari and UCCA Chief Curator Paula Tsai, this is not a thematic group show but rather a group of exhibitions that uses the Center's wide range of spaces to juxtapose a set of positions with highest regard for the individual character of each artist's practice. In keeping with this anthological character, the exhibition is accompanied not by a single catalogue but by a collection of seven distinct artist books.