Constructed layer upon shimmering layer, his colour fields are of unparalleled intensity and communicate universal human emotions such as fear, ecstasy, grief and euphoria. Rothko was an intensely committed painter who invested his whole being in his art and, like many other great artists, led a difficult life. 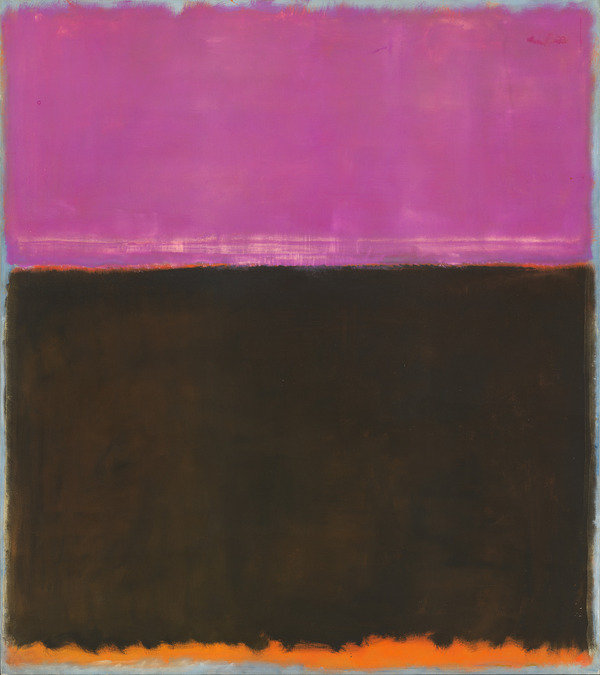 From rosy pink and jubilant yellow to bright blue to sombre black – face one of the vast canvases created by Mark Rothko (1903-1970) and you feel yourself being sucked into his world. Constructed layer upon shimmering layer, his colour fields are of unparalleled intensity and communicate universal human emotions such as fear, ecstasy, grief and euphoria. Rothko was an intensely committed painter who invested his whole being in his art and, like many other great artists, led a difficult life. Deeply disillusioned by the two world wars and plagued by depression, he was a tormented soul, yet capable of producing great art with an enduring capacity to comfort and enthral. These days, exhibitions of the American artist’s work are huge crowd-pullers and his paintings fetch record sums at auction. The Gemeentemuseum Den Haag is proud to present a new exhibition of Rothko’s work, opening this September, forty years after the last such show in the Netherlands. A unique chance to enjoy Rothko’s work, this exhibition will be held only in The Hague and nowhere else.

Rothko owed his worldwide fame to the ‘classic style’ painting’ he adopted in the 1950s. Interaction with the viewer was of great importance to Rothko. He felt that, for both the artist and the public, an overwhelming emotional experience was the most sublime form of inspiration, bordering on the spiritual. ‘The people who weep before my pictures are having the same religious experience I had when I painted them.’ Rothko was not the first abstract artist to attach importance to the spiritual aspect of art; artists like Mondrian and Kandinsky had also seen their work as a spiritual exercise. But he was the first to give pride of place to emotion, at a time when abstract art was still fairly impersonal.

In addition to a host of Rothko’s ‘classic style’ paintings, this exhibition will include examples of the rather less frequently exhibited early work. Recent research on Rothko’s transitional period shows that he moved towards full abstraction via a kind of Fauve-like Realism and a highly personal form of Surrealism. As home to the world’s greatest collection of work by Mondrian – an artist renowned for the unequalled lucidity of his own path towards abstraction – the Gemeentemuseum Den Haag is the ideal place to show the development in Rothko’s work. Although Rothko was dismayed when one art critic called his work ‘blurry Mondrians’, he was indeed to some extent influenced by the Dutch artist. Speaking with his use of colour in mind, Rothko went so far as to say that Mondrian was the most sensual artist he knew. The exhibition will spotlight both the similarities and the differences in the artistic development of the two leading first and second generation pioneers of abstract art. It will also throw light on the differences between European and American abstract art, in particular in terms of format and composition.

Mark Rothko (born Marcus Rothkowitz) was of Russian Jewish origin but grew up in America from the age of ten. Nothing in his background or family seems to have predestined him to become an artist. Indeed, he discovered his bent for painting only relatively late and more or less accidentally. He took some courses but always regarded himself as essentially self-taught. The last years of his life were overshadowed by mental health problems. His palette became ever darker and more sombre. In 1970 he took his own life.

The exhibition will be accompanied by a lavishly illustrated catalogue containing essays by Joost Zwagerman, Franz-W. Kaiser, Harry Cooper and other writers. The book will also include an interesting interview with art historian Henk van Os, who was a regular visitor to Mark Rothko’s studio during the final months of the artist’s life.

The exhibition is sponsored by the Turing Foundation.