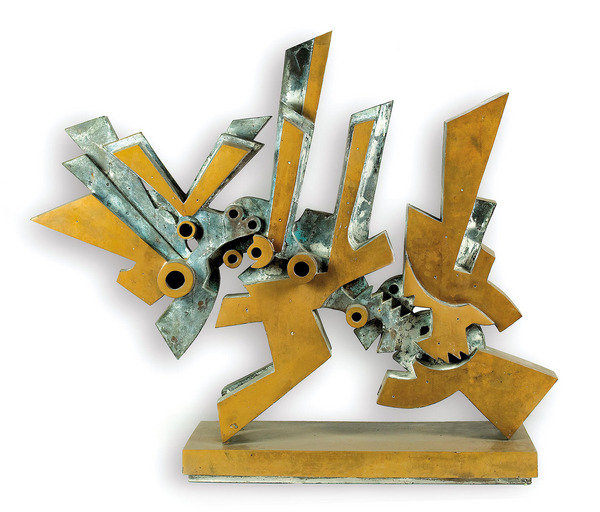 This stimulating exhibition, spanning two millennia, juxtaposes antiquities from the important archaeological site of Ostia Antica, near Rome, with the work of two modern Italian artists: Umberto Mastroianni (1910-1998) and Ettore de Conciliis (b. 1941).

Founded in the 7th century BC, the ancient harbour city of Ostia was an essential link to the capital of the Roman Empire. At the mouth of the river Tiber, southwest of Rome, the city was a commercial hub and cultural melting pot, equipped with a theatre, baths, bakeries, warehouses, bars and shops. The exhibition includes ancient statuary portraying gods, emperors and evocative scenes of chariot races at the Roman Circus, while a selection of intricate mosaics and two wall paintings from nearby Isola Sacra – Ostia’s cemetery – are among the finest examples from the site.

As a backdrop to these works are a number of specially commissioned paintings by Ettore de Conciliis depicting the atmospheric play of light across Ostia’s ruins, and several works by Mastroianni, one of the most important figures in twentieth-century Italian sculpture. Initially working in a figurative style similar to Marino Marini, Mastroianni began to employ abstract forms during the early 1940s, and is best known today for his monumental works commemorating the Resistance. His dynamism is far removed from the serene character of the antique pieces. Yet his sculptures – resembling great gears and mechanical components that now stand motionless – also recall archaeological fragments: bronze and iron ‘relics’ of an industrial era that are infused with an elegiac quality of their own.

Through the juxtaposition of contrasting works from two widely diverse cultures, we can reflect not only on the gulf separating our own ideas of beauty from those of our ancestors, but also how alien the cultural artefacts of today may one day seem to our own descendants.