In "The Return Project" Golkar presents a critical investigation and renegotiation of spaces between cultural and socio-economical registers. In the Project Space "The World is Sinking", by Farah Al Qasimi, is a series of new photographs that traces locations in and around Dubai. 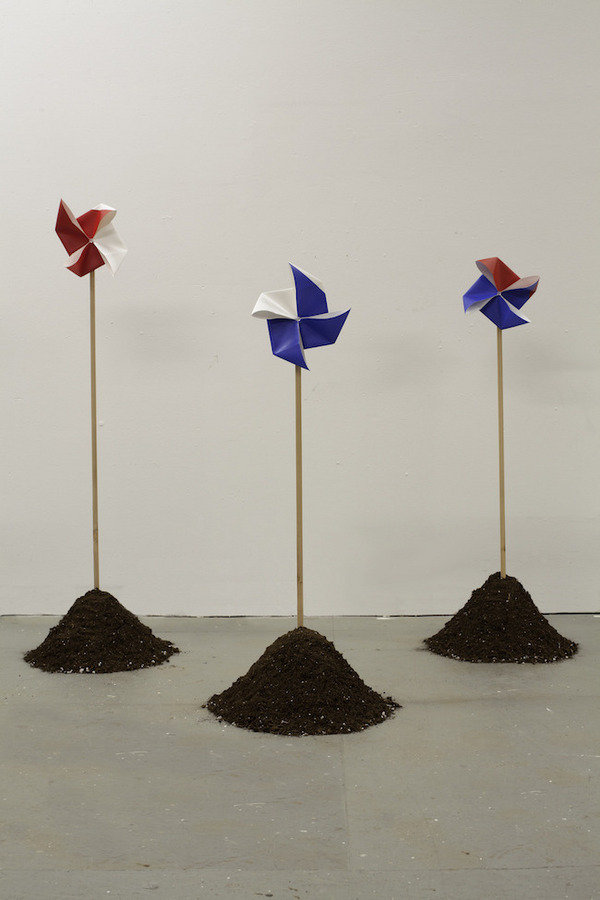 The Third Line is pleased to present a critical new body of work The Return Project by Babak Golkar, the artist's second solo show in Dubai. A break from his previous works, The Return Project is an assemblage where readymade consumer articles are dissected, reconstructed and represented within the commercial conditions of their wholesale environment – questioning the structure of contemporary art practices.

Babak has developed a distinct practice that engages critical investigation and renegotiation of spaces between cultural and socio-economical registers. With The Return Project, the artist seamlessly operates inside, and positions his work within, the parameters of a commercial system, interjecting the value constructs governing the contemporary art world. The project dismantles the artistic object and the artistic persona within their own contemporary systemic conditions by skewing the established points of references and relationships that seemingly authorize how and where the true value of art resides.

An object is purchased from a store and brought to the studio for photo documentation. The object is then dissected, collaged and reconstructed into a new consumer article and photo documented in its new state. The two photographs, forming a diptych, are printed in the same scale as the original object. Throughout the process original tags and labels are kept intact. The new object, now declared as an art work by the artist, accompanied by the tags and receipt and a hidden note stating "This is to authenticate this object as a work of art, signed" are then returned to the store for a full refund. The store’s return policy (often 7-10 days) determines the timeframe for the studio process. The returned object – that is, the art object - enters and circulates in the inventory of the store and is once again available for sale, but at the store’s determined price. The leftover cut-off pieces from the reconstruction process are reassembled to form a residual object to accompany the diptych. A small gesture in the large scheme, each action is planned and executed around a particular concept and is autonomous. Aside from the method that determines the project, each piece/action zooms in on a contemporary issue at stake, ranging from geo-politics and global economy to cultural shortcomings and art historical limitations.

Taking a stance, yet equally embracing the inherent anonymity, The Return Project, operates within and disrupts the limits of policies in systems that offer goods in a competitive market. The Return Project employs notions of performativity through two, often disproportionate, contexts – that of everyday retail and the rarefaction of the gallery context.

For the opening Project Space exhibition of the fall season, The Third Line will be presenting The World is Sinking by photographer and musician Farah Al Qasimi, a series of new photographs that traces locations in and around Dubai. Exploring surfaces and facades meant to represent idealistic aspirations, the images provide an idiosyncratic and humorous approach to the multi-dimensional, multi-cultural and increasingly hyper globalisation of the UAE in the last few decades.

Farah’s art practice is based around photographing the unusual, and often overlooked, places where she finds herself positioned. For The World is Sinking, she takes a more introspective look at the Emirates, where she grew up. The artist is fascinated with the rapid change of local landscape in the name of growth and development, and finds that many rushed attempts end up in near comical results, at the same time creating a sense of alienation towards its own inhabitants. The sense of urgency, disembowelled by the lack of balance, repeatedly leads to changes that are unsustainable and often nonsensical.

The images are curious and amusing – almost like a private joke between herself and the viewer about the absurdity of the human condition – referring to hastily built buildings glimmering like an oasis in the midst of the barren desert landscape; or the pronounced presence of Westernization, brash as a giant McDonald’s sign on an empty desert highway. Other images include beauty salons, photography studios, advertisements, art murals, and other locales that are concerned with crafting aesthetics for their bodies or business, or as a general means of escape

Farah attempts to capture this strange landscape, reflecting the implications of change in a more personal language and deliberating how dreaming big has become second nature to the UAE and its inhabitants.