The group exhibition features more than 30 international artists who present positions dealing with the uses and meanings of the colour blue in different eras and contexts. Through investigating the specific iconology of the colour blue, the exhibition sets forth transversal ways of approaching the world of art, of images and of representations. 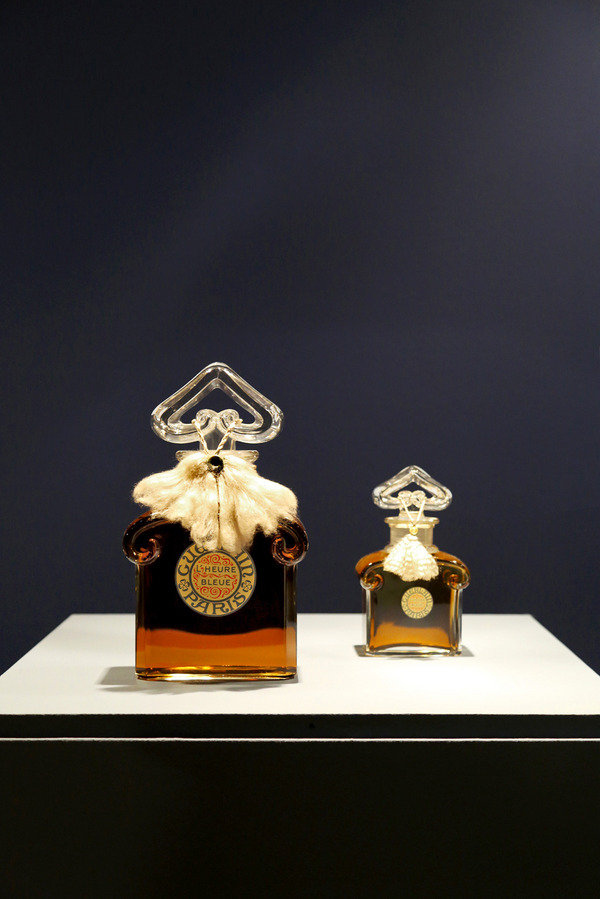 Nivea Blue, Blue Jeans, Squadra Azzurra, Blue Screen, Blue Monday, Blue Helmets... Blue is everywhere: not only in the sky and the sea, but it also strongly manifests itself in our daily lives, it overtakes the streets, our homes, our clothing, the social media channels we use to communicate, the products we buy and the artworks we look at and the words we use.

Blue Times is a group exhibition featuring more than 30 international artists who present positions dealing with the uses and meanings of the colour blue in different eras and contexts. Through investigating the specific iconology of the colour blue, the exhibition sets forth transversal ways of approaching the world of art, of images and of representations: How can we use a colour as a way of seeing, as a way of understanding our socio-political histories?

In the West, the omnipresence of blue in the domain of public design and private comfort is rooted in its psychological reception: the European eye apparently considers it to be the most pleasant colour. Hence, blue is both the perfect instrument to control minds and bodies and a tool to trace gender, class and political belongings. Blue is the anti-communist colour par excellence. Blue was also chosen as the colour of the European Union, selected to symbolise unity in difference, as well as the capacity to unite in consensus. Therefore, colour is first and foremost a social matter, a range of codes and values that are marked historically and geographically. Through colour, taboos and prejudices circulate and influence us, our environment, our language and our imaginary.

The exhibition presents two positions: one that mirrors the overwhelming character of blue, and the other, correlated position, investigates its socio-political function as it shifted towards a certain conformist politics of representation.
For British artist and filmmaker Derek Jarman, blue is a filter in absentia: touched by the HIV virus, he was not able to see the colour blue anymore. He dedicated pop odes to the colour, particularly in the eponymous film Blue, his most personal and innovative film, consisting of a monochrome blue image accompanied by a compelling soundtrack, a lyrical combination of classical theory, anecdote and poetry.

Of course, French artist Yves Klein’s famous International Klein Blue (IKB), which shifted the discourses of the authenticity of the pure idea and the validation of art as creation, will be an eye-catching part of the exhibition, displayed on a long mural by British artist Liam Gillick. The mural features a repeated and interlaced form derived from the ancient Greek pattern meander, in blue and white. Liam Gillick is not interested in colour and form as such but as legacies of abstraction, as relics of modernist art theory and claims for universality. Colour is here deployed in relation to form to demonstrate the futility of these ideas, while at the same time clearly falling victim to them.

A “Blue Chip” is the highest-value poker chip, carrying with it a sense of top- drawer pleasure and risk. In his work Blue Chip, the New Zealand artist Billy Apple extrapolates this value status to the worlds of high finance and commercial high art. The blue plinth included in the work does not support anything but only bears the words “blue chip” – branded like an advertisement, he lets the art-value machinery run on empty, potentially ad infinitum.

Most often, American artist Lawrence Weiner’s composed texts describe physical instructions, processes, structures and materials. However, the in-situ piece Out of the Blue plays with the immaterial dimension of the colour blue as well as its presence in or infiltration into our idiomatic language to convey mood and emotions, and can be read as an ironic comment on the whole exhibition endeavour. In a more literal way, EU (2011–2014) by Dutch artist Remco Torenbosch features utterances of different blue shades that circulate in the monolithic European Union, presumably symbolising alliance. The diverse shades are meant to subtly evoke the discrepancy between a fictionalised unified Europe and its cracking political reality, and the work culminates with an idea of a utopic European Union.

Next to the artworks, the exhibition presents a curated selection of pop-cultural artefacts, commodities, merchandising products, as well as a selection of reproductions within the dedicated Blue Salon room. Through this wide-ranging collection, the perception and use of blue is investigated from different angles, disciplines and perspectives, from the artistic to the corporate, from its past to its future fate.

Der Blaue Salon / Blue Salon
The Blue Salon is a dedicated knowledge room within the exhibition Blue Times that functions symbiotically. It is a rich and open source replete with ideas and materials related to the multifaceted perceptions and connotations of the colour blue – where the presented objects and images are to be seen as conversation pieces. Just as the exploration of blue is not limited to the visual arts, it taps into, amongst other things, popular culture, politics, science, craft, literature, music and film. The Blue Salon is a joint venture of Kunsthalle Wien’s curatorial, education and dramaturgy departments, and, consequently, relates to and reflects a multiplicity of disciplines.

Publication
The exhibition will be accompanied by a reader that analyses key terms featuring the colour blue from a semiotic or cultural theoretic point of view. Examples range from “Blue Monday” to “Blue Chips”, the Japanese “Blue Stocking Magazine”, and Guerlain’s “L’ Heure Bleue” perfume. Taking its inspiration from Roland Barthes’ reading of the French Guide Bleu, the reader highlights the changing cultural meanings of the colour blue and its political and social aspects.

Events
A series of events including talks and screenings will take place over the course of the exhibition. Please consult the Kunsthalle Wien website regularly for more information: www.kunsthallewien.at