You Can Only Think About Something if You Think of Something Else. The artists invited root their practice in rituals of the Everyday as well as those of art; they attempt to reach out for communication by offering their speculative interpretations and enactments. 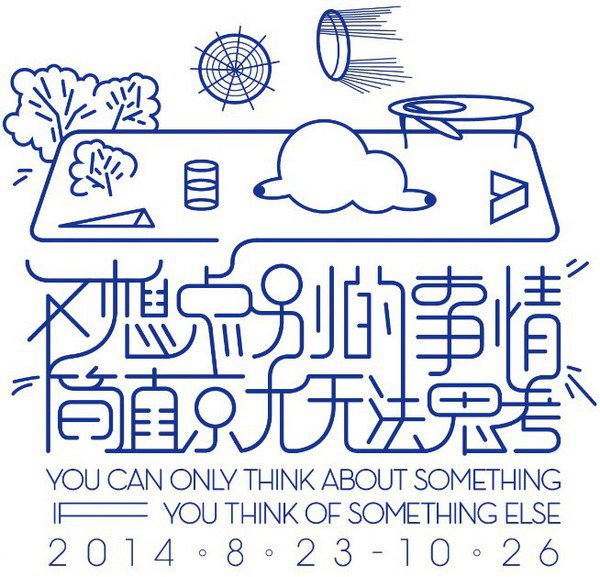 You Can Only Think About Something if You Think of Something Else was originally a line from the movie In Praise of Love (Éloge de l'amour), in which the director Jean-Luc Godard voiced the conflicting moment of our thinking, through the mouth of his character: One cannot but take reference from some other familiar objects when one is approaching the meaning of a specific one. The title can be taken as a metaphor for the unique situation of Times Museum. Being a concept realized as part of the 2nd Guangzhou Triennial, Times Museum was established in a residential neighbourhood as an art institution, and has actively engaged the local residents with something alternative to their quotidian reality. The Museum's programs, as deviating forms of perception, create heterotopias within an ordinary piece of real estate. The existence of Times Museum acts as a local view of art's global intervention into the everyday, while the aestheticization of the everyday, such as the uncounted texts and images creatively produced and circulated on the internet, challenges the canons and paradigms of art distribution and interpretation. The reciprocal relation between art and the everyday opens up cohabitant moments for different communities, and sets up temporary sites for rehabilitation for a heterogeneous society.

The artists that are presented within You Can Only Think About Something if You Think of Something Else root their practice in rituals of the Everyday as well as those of art; they speak from their own time and space and attempt to reach out for communication by offering their speculative interpretations and enactments. Some of the new works commissioned to respond to the specific spatial and architectural character of Times Museum introduce and invite ordinary objects, activities and rituals of the quotidian into the museum space and its organizational structure. Deriving—but deviating—from the oppositional dogma of institutional critique, these practices hint at a cross-reading between the everyday and art, the individual and the institution, the public and the private, the particularity and the universality. By using archives and actual objects to reproduce possible readings of an artwork according to different periods of time and changes of society, visitors not necessarily informed by art history are encouraged to become active agencies in nurturing their own interpretations. The exhibition area is organised without walls to suggest a space without a single host, where visitors search for their temporal stances in relation to visual experience and imagination in a structure similar to an open street, where artworks can be explored as random street scenes. This setting creates a platform for the artists as invisible actors, to tell their particular stories by turning to their commonality.

If utopias are to be considered unreal, and representing ideals of society that will never be fully realized, heterotopias might be complementary functions or contradictory realities that co-exists within a real site. As one of the participating parties of the exhibition, O-office Architects contributed to the design of the exhibition space. After their research and observation of the neighbourhood of Times Museum, they proposed to hang the abstract form of a street upside down from the roof of the museum, while on the actual floor of the museum space, "objects" and situations from the surrounding neighbourhood transgress and intervene into the controlled area of art. A site of enclave is thus created to project the co-habited situation of art and the city.

As the second episode in the Times Heterotopia Trilogy, You Can Only Think About Something if You Think of Something Else is grounded in the architectural characteristics and locality of Times Museum, and aims at simultaneously projecting the scenery of multiple realities and futures. Through experiments in exhibition making, imagining audiences, and discursive production, this Trilogy extends the self-reflexive position of the exhibition A Museum That is Not of 2011 and composes different episodes to explore questions fundamental to contemporary institutional practice, such as "What is a museum?" "How is art perceived?" "What's the meaning of visiting an exhibition?"

As part of Deadlock (2014), five League of Legends (LOL) players play the online game in the exhibition space from 23 August to 21 September, Wednesday till Sunday; There are eight yoga workshops of Mind Breaths (2014) participated by 11 enrolled audience every Sunday from 3pm to 4:30pm during the exhibition period; A self-run weekend store is opened in the exhibition space during the weekends, where you can buy drinks and souvenirs and chitchat with someone you just met.