This exhibition focuses on sculpture produced in Britain during the 20th century.There is a sustained search, from the beginning of the century to its end, to find the language, the materials, the form, the volume, the sensations and the colour in which to express the way each generation feels about itself and the society from which it spring 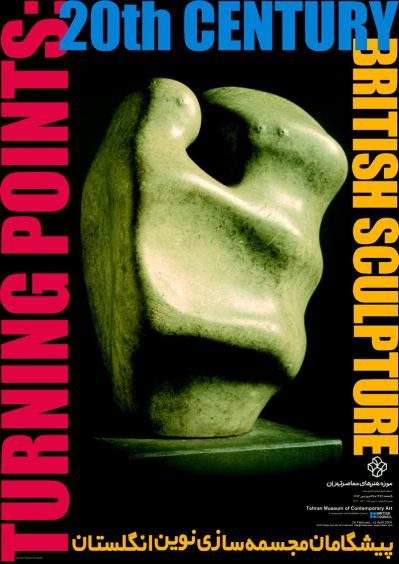 The Roots of Contemporary British Sculpture

This exhibition focuses on sculpture produced in Britain during the 20th century. Why sculpture? Because more than any other artform of the period, sculpture in Britain took extraordinary leaps and bounds into new territories. Almost every artist represented here shook off the achievements of his or her predecessors in an effort to find new ways of making objects that would be true to his or her own time and temperament. There is no resting on laurels. There is a sustained search, from the beginning of the century to its end, to find the language, the materials, the form, the volume, the sensations and the colour in which to express the way each generation feels about itself and the society from which it spring

British modern sculpture marks one of the most significant attempts towards contemplation of static forms during the twentieth century art. Remarkable works by Henry Moore, Barbara Hepworth and others have expressively applied a physical language, by which they speak universally, and hence, have never been hindered in their competence to communicate by place or period. Their metaphorical figures, with the associations and nuances of shapes, show sophisticated forms that have inspired many artists of next generations.
The contemporary ideas of sculpting also owe deeply to the sensational abstract works by Anthony Caro, whose colourful forms, made a revolutionary development in sculpture. They have emotionally embodied the primary conceptions of weight, compression, release as well as the act of balancing, leaning, and supporting.
The outstanding achievement of these pioneering figures provided a fertile ground, in which a handful of great artists emerged. They, rhetorically, expressed metaphor, psychological ambiguity, and human concerns in various ways. Their works have created a quality that can delight, discomfort, shock, and in any case are intended to transmit the various experiences of artist into the minds and hearts of others, establishing a dialogue to communicate with their audience. Yet, the strength of British sculpture rest, more than particular school, movement or style, with the remarkable works of these individual artists, most of whom are presented in the current exhibition in Tehran.
British contemporary art enjoys a high reputation and international prestige and influence, partly due to its delight in the eccentric, humour and realism of satire. It has been a primary source of the radical changes, which overtook sculpture and all of avant-guard waves, indeed, in the course of last two decades.
The exhibition of British contemporary sculptors fulfils a long- awaited wish. With a broad selection of works, it provides a unique chance for Iranian people to learn more about the great achievement of British sculpture within three generations.
For such an unprecedented opportunity, I am extremely grateful to the British council, and its office in Tehran. In this regard I must single out for special thanks, Ms. Andrea Rose, director of the visual arts, who made every effort in the realisation of this event. I would also like to extend my gratitude to other lenders, specially the Tate Britain, the Henry Moore Foundation, and Bowness, Hepworth Estate for their generous loans. Appreciation also goes to the British Embassy in Tehran as well as Iranian Embassy in London, whose support made this show possible.
This initiative will hopefully open a new era of cultural and artistic collaborations between the countries, and definitely, facilitate a better understanding of the two nations. Tehran Museum of Contemporary Art expresses the desire and heartfelt wishes for further cooperation in the future.
Dr. A.R. Sami-Azar
Director Tehran Museum of Contemporary Art