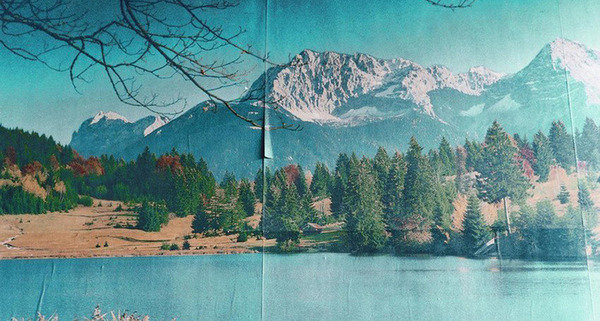 “ Every b uilding created by Robert Mallet - Stevens looks like one of his film sets, and the people in it are like actors. Like film sets, Mallet - Stevens’ buildings proceed by indications (base, window, chimney, etc., defined simply, just enough to be recognisable) a nd act by suggestion, putting the onus on the beholder to recreate the totality using the fragments with which they are provided.” writes architectural historian Fernando Montes.

The practice - or studio - of Mallet - Stevens (1886 - 1945), founder of the Un ion des Artistes Modernes (1929), was built during the golden age of modernist architecture by one of the major architects of the day, on a par with Le Corbusier . However, Mallet - Stevens’ body of work began to fade soon after his death. Almost none of his constructions have survived : only traces remain . Most of his villas were left incomplete or were altered. The larger buildings were destroyed or denatured. It was only in 2005, with a retrospective exhibition at the Pompidou Centre , that his work began to enjoy greater public recognition. This exhibition is articulated in relation to its context, and to the twofold figures of the architect and collector .

To present a collection is implicitly to paint a portrait of the person who created it. This makes us t hink of a collection not in terms of a process of accumulation but as a fundamental dynamics of loss . To exhibit works in a Mallet - Stevens building is to inhabit a memory of architecture and the sets of silent films (Mallet - Stevens started his career build ing sets, notably for the filmmaker Marcel L’Herbier). In addition to works from the David Roberts C ollection , the exhibition will include special commissions from artists with a long relationship with DRAF. Benoît Maire has made a work inspired by Man Ra y’s 1929 film Les Mystères du Château du Dé , shown in one of the Fondation’s spaces, while Nina Beier and Marie Lund are reactivating a performance previously given at DRAF in 2008.

Renaud Jerez will present a new intervention in the space.

Propos d’Europe 13: Le musée d'une nuit (script for leaving traces) is an exhibition which proposes an experience of loss. Notions of trace, conservation and ruin sustain a fiction in which artworks from the 1930s to the present play on a certain formal fragilit y, orchestrating an exhibition that reveals itself to its own remnant, staged within a space that itself exists as an echo of what it once was. This exhibition is part of the Parcours Privé section of F IAC 2014. Created in 1992 by Jean and Mona Guyot , t he Fondation Hippocrène is an independent family - run foundation recognised as promoting the public interest. Its main role is to bring together European youth, to “make Europe a living reality” by providing financial support for cultural, educational, huma nitarian and social projects. Since 2001, the Fondation has been headquartered in the former studio of architect Mallet - Stevens and, since 2002, it has hosted art exhibitions under the general title Propos d’Europe , each designed to spotlight the art scene of a given country, and so promoting Europe’s cultural richness. DRAF is an independent non - profit space for contemporary art in London, founded by collector David Roberts in 2007. It is directed by Vincent Honoré (formerly of Tate Modern, London and Pal ais de Tokyo, Paris); who with his team produces ambitious, often collaborative, programmes of exhibitions, commissions and live events. All DRAF projects are open free to the public. DRAF is constantly evolving, making new spaces for artists and curators to develop diverse and innovative projects within its framework. In 2012, DRAF moved to a converted furniture factory in Mornington Crescent, enabling an expanded programme of production, performances, screenings, research and discussions. In 2014, DRAF w ill activate satellite projects outside its London headquarters to expand its ongoing dialogue with contemporary ideas and practices, starting with this exhibition at the Fondation Hippocrène, Paris.