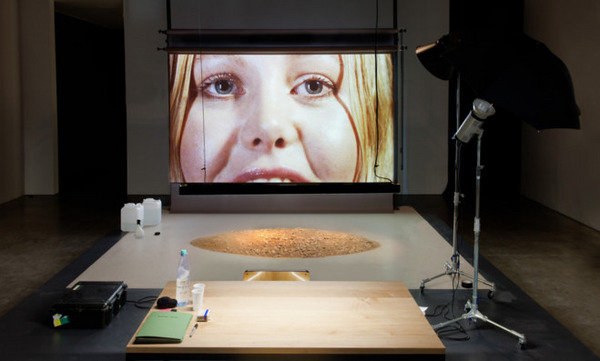 As an archive, photography documents and stands witness to History, and as such is garnering much attention. But photography is not only a tribute to the past as it is an expression of the contemporary. This medium not only represents the world but can also transform and influence it.

How does photography act ? How is it in an act in the making ? In this instance, photography is realized in a space and time that is its own and which we share. Photography shows the body as it moves through the world ; it allows the capturing of the micro- realities of this presence. Hence it gives rise to a living archive. It captures what we miss in the looking of everyday life, which lets itself be grasped by immediacy, the necessities of daily life which don’t allow the gaze to rest. Photography questions the gaze, mobilizes it, focuses it’s intensity.

Performative photography passes through forms, as the verb perform indicates. Here, it points to the invention of new paths, new ways of crossing through the present times, in order to see what the real shows, how it manifests itself, what constitutes what can seem unusual, marvelous, or daunting. In this way, this exhibition is composed of different forms : photography, installation, video, and performances, as well as brings together artists from different regions of the world.

This exhibition is an homage to Allan Sekula (1951-2013), and its subtitle is borrowed from one of his principal texts. Sekula, in surveying the most consuming social movements of the end of the century, created an uncommon archival basis. Privileging the instantaneous and the detail, overlooking protocols and the spectacular, Sekula succeeded in giving photography a performative impulse that escapes the ideological rigidity of History.

The Centre Photographique d’Île-de-France is engaged in a working philosophy of experimentation and training. In this sense, it opens its doors to independent curators who contribute to the evolution of the problematics of photography in art and its exhibition, as well as to furture professionals in the field. In 2011, the enter collaborated with the École nationale supérieure de Lyon on the occasion of the exhibition À distances_, an exceptional pedagogical project lead with young artists. This year, it is to the curator Chantal Pontbriand, Pontbriand W.O.R.K.S., and Agency to whom the keys to the laboratory are given.