The Hidden. Inspired by found archive images, the artist was pulled by agronomical experimentations that were led by a group of scientists. In an immersive installation, entirely consisting of new pieces, the artist invites the public to wander in a recreated garden, a "decor" half-way between the imaginary and the real. 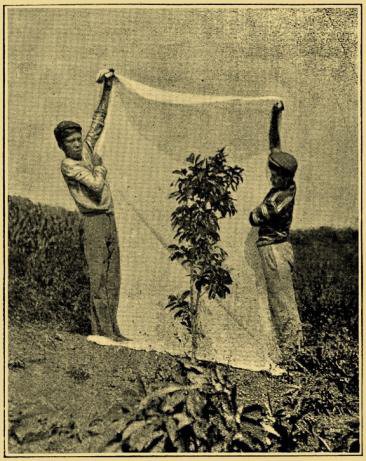 The Ecole Nationale Supérieure d’Arts de Paris-Cergy is pleased to announce The Hidden, a solo exhibition by the artist Salvatore Arancio taking place in its exhibition space YGREC from 4th October until 13th December 2014. This major project constitutes for the artist his first solo exhibition organised by a public institution in France.

It directly follows on from a residency he did at the Récollets in Paris in the course of the Autumn 2013 where he started to explore the Jardin d’Agronomie Tropical in Nogent-Sur-Marne. There, he discovered fascinating archive material dating from the colonial exhibition, which took place in 1907, along with relics of the agronomical experimentations that were led by a group of scientists: particularly the growing of species of plants which led to the mass introduction of exotic florae across French colonies. The colonial exhibitions of 1907 and 1931 were organised in view of offering visitors an opportunity to take a glimpse into the life of unknown communities (Indochina, Africa, Tunisia), where they could come and observe the autochthons in their respective national pavilions in the middle of recreated "typical" environments. Today some of the original villages are still in place but the buildings, fenced off from visitors, have all almost completely collapsed.

More than the imposing colonial history the garden still holds, the artist firstly became fascinated by the apocalyptic vision naturally fueled by the surrounding landscape, subtly interweaving overgrown nature and uncanny pieces of architecture; in brief, the encounter of the real and the imaginary confined in a physical delimited space, which Foucault would define as “Hétérotopie”.

At YGREC, the public will be given the opportunity to discover a landscape that sits in-between the imaginary and the real, a symbolic garden reminiscent of utopias and realities. Simultaneaously bringing these encounters to a halt, Arancio aims to produce a new body of work in an ambitious installation which will surround the entire space.

Recreating part of the garden and the greenhouses, the artist, in the same way people at the beginning of the 20th Century were given the illusion to travel to exotic places, will give the public of today the illusion to enter in an environment, which in a time-space dimension has ceased to exist. Using an array of media including a Super 8 film, ceramics, sculpture and prints, Arancio will directly take inspiration from both his fascination with modern ruins and his investigation in the way French colonialism has subtly influenced and altered the landscape of its colonies.

This exhibition receives the generous support from Fluxus Art Projects, Franco-British programme for contemporary art, supported by the French Ministry of Culture and Communication, the Institut français and the British Council.