Investigating the Known Unknowns. The exhibition includes works by 13 multidisciplinary visual artists and collaboratives. Their 35 artworks employ the tools of democracy to bear witness to attacks on liberty and to embrace democratic ideals, open government and civil rights. 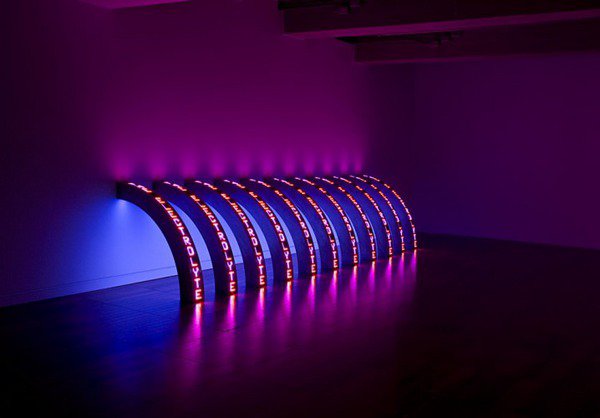 Covert Operations: Investigating the Known Unknowns is the first major survey of a generation of artists working in the violent and uncertain decade following the 9/11 terrorist attacks to collect and reveal previously unreported information. This group of international artists includes Ahmed Basiony, Thomas Demand, Hasan Elahi, Harun Farocki, Jenny Holzer, Trevor Paglen and Taryn Simon. They use legal procedures as well as traditional research methods and resources such as the Freedom of Information Act, government archives, field research and insider connections, to create sophisticated artworks that push beyond conventional thinking. The thirty-seven artworks included in Covert Operations employ the tools of democracy to bear witness to attacks on liberty and to embrace democratic ideals, open government and civil rights.

The exhibition title is a direct reference to Donald Rumsfeld’s eerie insight into our post 9/11 landscape. In 2002 he commented to the press corps: “[T]here are known knowns; there are things we know we know. We also know there are known unknowns; that is to say we know there are some things we do not know. But there are also unknown unknowns—the ones we don’t know we don’t know.” His assertion, although obfuscatory, is both logical and rhetorically accurate. Covert Operations presents works that directly address citizens’ constitutional rights and the vast expansion of federal power. Many of the artists examine the complicity of both governmental and individual actors in human rights violations. Others pry into the hidden institutional structures and economy of the United States intelligence community. Other subjects include Black Sites, the geographic sites of clandestine governmental operations. Still other artists testify to personal discrimination in the name of national security. A visual art exhibition is a potent vehicle for shedding light on the complicated relationship between freedom and security, individuals and the state, fundamental extremism and democracy. As former U.S. Supreme Court Justice Louis Brandeis observed, “Sunshine is said to be the best of disinfectants.”

Covert Operations is made possible by an Emily Hall Tremaine Exhibition Award. The Exhibition Award program was founded in 1998 to honor Emily Hall Tremaine. It rewards innovation and experimentation among curators by supporting thematic exhibitions that challenge audiences and expand the boundaries of contemporary art. Additional support for the exhibition catalogue generously provided by Walter and Karla Goldschmidt Foundation.

The nonprofit Scottsdale Cultural Council is contracted by the City of Scottsdale to manage the Scottsdale Museum of Contemporary Art, Scottsdale Center for the Performing Arts and Scottsdale Public Art.