Small Museum for the American Metaphor

An exhibition which brings together European perspectives on the American West, and more specifically, the particularities embedded in the idealized fictions surrounding it. With artworks, architectural models, drawings and other elements. 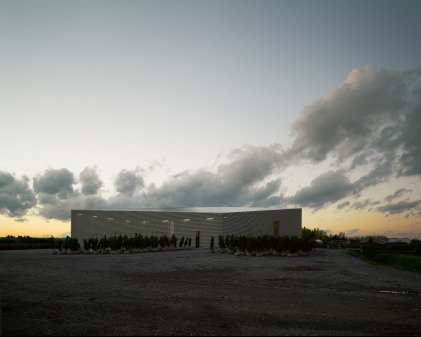 Small Museum for the American Metaphor is an exhibition which brings together European perspectives on the American West, and more specifically, the particularities embedded in the idealized fictions surrounding it. The visual argument here is that there is a certain architectonic “idea” that dwells on the celebration of Endlessness as mythicized in the American West. The metaphor is the base for an architecture that blurs the distinction between building and object, collapsing the different scales. It is an architecture that celebrates the fiction of the “wide open” and seeks to re-evaluate/reinterpret the world as a gigantic interior. In that context, a successful intervention is able to define hierarchies, carve out places, and make shared points of reference. The exhibition, much in the tradition of showcasing objects in a defined space, such as a cabinet, “collects” artworks, architectural models, drawings and other elements that consciously fade the distinction between object and representation.

Ultimately it is a show on urban strategies, but starting from the conviction that these very strategies can only be conveyed if presented in an oblique way. The show proposes a method that understands beauty and hedonism not so much as the enemy of hierarchy and organization, but despite all senses of responsibility, its driving force.

Kersten Geers (b. 1975, Ghent) studied at the University of Ghent and at the Escuela Técnica Superior de Arquitectura in Madrid, Spain. He worked in Rotterdam for Maxwan/Max.1 Architects until 2001 and from 2001 to 2005 for Neutelings Riedijk Architects. He was a tutor at the TU Delft, the University of Ghent and the Accademia di Architettura di Mendrisio, and a guest lecturer and guest critic for the Berlage Institute in Rotterdam, and Columbia University in New York, among other institutions. He is founding member and editor of San Rocco magazine, and frequently publishes essays on architecture in a variety of magazines and books. In 2002 he founded Office Kersten Geers David Van Severen together with David Van Severen. In 2008 they were awarded with the Belgian Prize for Architecture and in 2010 with the Silver Lion at the 12th Venice Biennial of Architecture.

Funded in part with generous support from Graham Foundation for Advanced Studies in the Fine Arts, The Andy Warhol Foundation for the Visual Arts, the Flanders State of the Art and The Italian Cultural Institute of Los Angeles.