For his solo show 'Amor e Progresso' the artist presents the new video on the Templo da Humanidade in Rio de Janeiro, one of the three still existing temples of the Positivist community in Brazil. 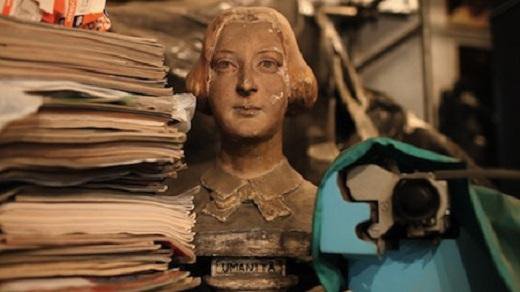 In his solo exhibition Amor e Progresso artist Raphaël Grisey presents the newly produced eponymous video essay on the Templo da Humanidade ("Temple of Humanity") in Rio de Janeiro, one of the three still existing temples of the Positivist community in Brazil.
Positivism was founded by the French mathematician, philosopher and critic of religion Auguste Comte (1798-1857) as a post-revolutionary and post-enlightenment philosophy trying on one hand to include different social bodies newly appeared after the french revolution and during the beginning of the industrial one and at the same time trying to frame it into a model of social organization based on order, progress and altruism.

Followers of Comte and the Positivist Church played an important role in the dissemination of republican ideas, as well as in the end the overthrow of the monarchy and the proclamation of the Brazilian Republic in 1889. At the same time close to liberalism, and calling for social justice, Positivist ideology gained considerable influence in the political and social fabric of the Brazilian Republic. The motto Ordem e Progresso ("Order and Progress") graces the Brazilian flag and is still a state doctrine.
Grisey's film presents documentary footage that shows the current state of the temple next to found footage that gives an insight into the origins of Positivism, the associated “Religion of Humanity”, their representations and their transfer in the (post-)colonial Brazilian context.

Raphaël Grisey is a visual artist and filmmaker, working with experimental films, video installations, video-essays, documentaries and publications. His work gathers or produces narratives around specific geographical and social contexts and displacements using politics and forms of memories, language, landscapes and bodies within the editing of images and sound.