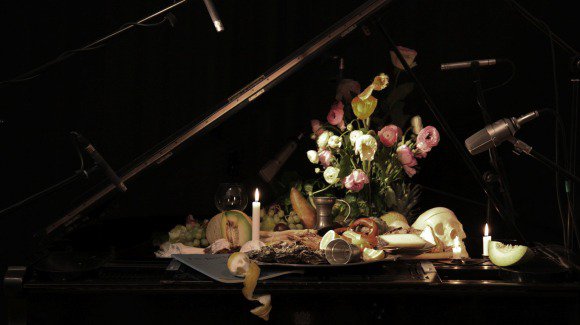 With the exhibition Les temps inacheves (In English: "Unending times"), the Quebec artist Patrick Bernatchez (b. 1972) offers a voyage through two major groups of works: Chrysalides (2006-2013) and Lost in Time (2009-2014). Bernatchez's multidisciplinary oeuvre mixes drawings, sculptures, sound installations, films and more. Both groups were developed over several years and neither has a clearly defined ending, since the artist has left openings that allow him to take them a step further at any time. Each new Patrick Bernatchez exhibition is thus an opportunity to take stock of his constantly evolving cycles, as much in terms of newly added productions as of the ways in which earlier works are presented. The artist does not view an exhibition as the conclusion or completion of the creative process surrounding a group of works but as an intermediary step, an initial presentation that allows the works in question to evolve. Curators: Lesley Johnstone and Kevin Muhlen. Performance in the framework of the opening: Goldberg Experienced, Patrick Bernatchez explores J. S. Bach's Goldberg Variations through various sound and musical experiments. Opening: 26.9, 7 p.m. - 1 a.m.