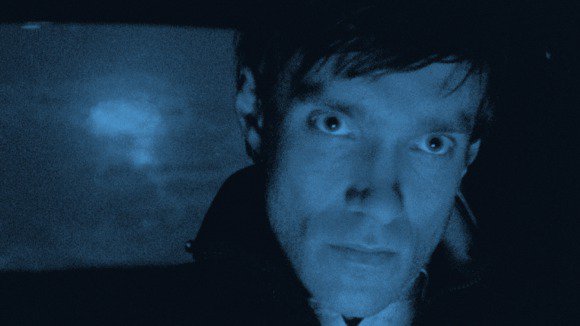 The artists duo M+M (Marc Weis and Martin De Mattia) mark the conclusion of their video cycle 7 Tage (7 Days) with the eponymous exhibition at Casino Luxembourg. The series of seven film installations began in 2009 and the films were created one after the other over a period of almost seven years. For the current exhibition, the two artists have completed the final two episodes and are presenting the entire series for the first time in a solo show.

Visitors making their way through the exhibition will repeatedly encounter the same protagonist, played by actor Christoph Luser, as he faces a number of apparently mundane yet utterly contradictory situations over the course of the "seven days". His ambivalent character, melancholic or menacing by turns, takes on a different, surprising aspect in each of the seven dual-channel installations. The result is a cinematic kaleidoscope of heterogeneous personality traits, human interactions and highly charged situations.

All seven film installations refer to key scenes from different movies, from the horror film Tenebre by Dario Argento to the dance film Saturday Night Fever by John Badham. But M+M often greatly distance themselves from the original film scene, investing their narrative with an interpretation all its own. The simplicity and economy of dialogue and action could come across as banal were it not for the tension and potent significance of the scenes. Each installation consists of two versions, projected in parallel, of the reinvented scene. Though synchronised, in most cases the two are strikingly dissimilar with regard to their emotional content. In the twin scenes, the protagonist simultaneously meets two different people - someone he talks to, imaginary lovers, murder victims. In Montag (Monday), for example, the same conversation takes place between the man and his wife and, in parallel, between the man and his daughter. Or, in Samstag (Saturday), the lead character dances with a girl and at the same time with a young man. Instead of clear-cut categories - family relations, erotic encounters, etc. - the scenes present a range of emotional nuances; the actions and shots of the two parallel versions are matched frame for frame and make constant reference to one another. What emerges is a multi-layered tapestry of gestures, music and text. A kind of oscillation sets in between the almost perfectly congruent dialogues and actions of the dual projections.

The common denominator of 7 Tage is the feeling of a state of crisis simmering just beneath the surface, an ambivalent state of uncertainty where it seems anything could happen, where the protagonist perhaps faces a turning point, conscious or otherwise, whether as lover, dancer, or murderer.

The choice of scenes is determined above all by M+M's interest in typical human relationships and their psychological dimension. M+M appropriate the language of film in order to address a central social theme, the formation and dissolution of identity - as an individual, couple or collective. Whether assumed or projected, identity is invariably perceived and produced through language, facial expression, body language and the relationship between individuals with many complex interactions, connections and tensions. M+M's parallel projection of two situations just ever so slightly out of alignment reveals the fissures and contradictions inherent in the character of the protagonist. In all "seven days" viewed collectively, they come more radically still to the fore. The identity of the protagonist seems unstable, nomadic. It consists of sudden changes triggered by fresh encounters or the contexts, but also - on a second semantic level - by the film genre from which the scene derives its inspiration.

The selected works - or, rather, projects undertaken - reflect the determination of an emerging generation of young graphic designers to make an active contribution to the joint development of their field and their society. Much more than hired hands, these artists keep abreast of current affairs and appropriate new technology and other communication tools in an effort to increase awareness and to make things happen. They are determined, inspired, and motivated, and furthermore offer other people a critical perspective through which they can form their own opinions, express themselves freely, and act in all good conscience.

Given this context - and given the ever more decisive impact of visual culture these days - the role of graphic artists is taking on an increasingly influential dimension in the realm of manipulation and power.

For the fifth anniversary of Design Friends, Casino Luxembourg is presenting the exhibition titled Resolute - Design Changes, first hosted in April 2014 by the Graphic Design Festival in Breda, Netherlands, curated by Dennis Elbers and Sven Ehmann. In its role as associate curator, the Design Friends association issued a call for projects from designers based in (or with a link to) Luxembourg, in the goal of augmenting the existing show with an additional section devoted to the local design scene.

The jury - composed of members of the Design Friends steering committee, the curators, and Casino Luxembourg's art director, Kevin Muhlen - selected projects by Laurent Daubach, Patrick Hallé, Reza Kianpour, Isabelle Mattern, Gina Schöler & Daniel Clarens, and Socialmatter (Lynn Schammel & Giacomo Piovan). Also on show will be the emblematic NON by Jean-Christophe Massinon (1962-2011), a logo-cum-manifesto that has become sadly relevant again today, summing up many of the issues raised in this exhibition.

Design Friends
Design Friends is a non-profit association established in 2009 to bring together people interested in design, and to appeal to an audience of both amateurs and professionals. The association organises design-related events and has launched numerous initiatives including not only exhibitions and a series of twenty-odd lectures by internationally known designers, but also educational projects such as the designing of post cards and postage stamps for the Luxembourg post office.

With five seasons already under its belt, Design Friends has become a key player on the design scene in Luxembourg thanks to the high quality of its events and the professionalism of its publications. Its efforts have helped make a broader public aware of design by encouraging innovation, a certain sense of playfulness, and a good dose of creativity.