For Democracy There Must Be Love. For the exhibition the artist presents a selection of installations, videos, sculptures, and documentary-based works from 2005 to 2014. 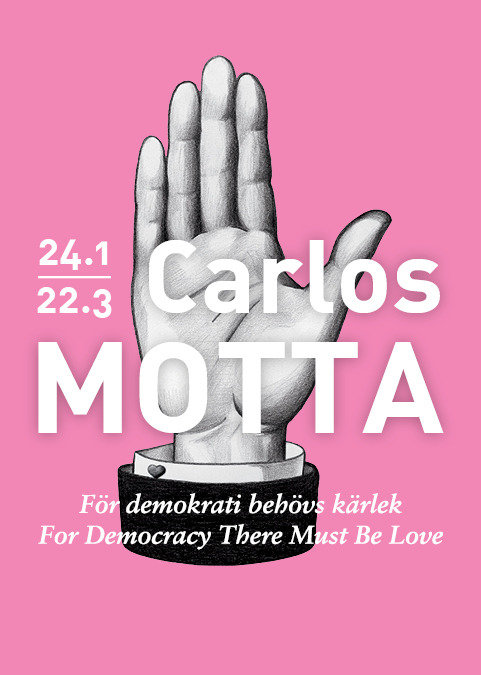 Presenting a selection of installations, videos, sculptures, and documentary-based works from 2005 to 2014, the exhibition highlights Carlos Motta’s ongoing preoccupation with democratic representation and the repression of individual and collective civil liberties. Promoting the act of self-representation, Motta creates works that question the writing of history, the construction of political memory, and the normative discourses of sexuality and gender, arguing that the state of democracy cannot exist merely by means of tolerance and inclusion. True equality and freedom demands systemic transformations that allow ways of self-government: Being human is being beyond parameters - without sex, gender, ethnic, racial or social constraints. But, how can this ideal be attained?

Carlos Motta: For Democracy There Must Be Love focuses on Motta’s investigation of the history of the subordinate sexual body by drawing parallels between pre-Hispanic and colonial cultures in Latin America and contemporary queer politics. Creating discursive platforms to enable conversations around matters of sex and gender as issues of social justice, Motta’s work challenges the traditional grounds of society—from the violent imposition of sex as a legal and a moral category, to the hegemonic authority of the Church, to the State’s regulation of bodies and identities.

The exhibition features the installation Nefandus (2013-2014), which includes Nefandus Trilogy, three beautiful and haunting films that study pre-Hispanic homoeroticism and the brutal stigmatization of sexuality during the European colonization of the Americas; and We Who Feel Differently (2012), a video installation that addresses critical issues of international contemporary queer culture in the light of forty years of LGBTI politics.

The survey also includes documentation from three pieces of Carlos Motta’s Democracy Cycle (2005-2014): Deus Pobre: Modern Sermons of Communal Lament (2011), Six Acts: An Experiment in Narrative Justice (2010) and The Good Life (2005-2008) - all works that investigate the construction of political memory in Latin America by using performative interventions in the public sphere.