Just as money is the paper, the gallery is the room

The exhibition takes as its point of departure artist-organized show between 1979 and 2006 in Shanghai. By inviting local and international artists to re-examine and respond to an archive of materials relating to these project, the exhibition explores exhibitions as an epistemological engine rather than strategized showcase events, and re-think the rituals within the art system. 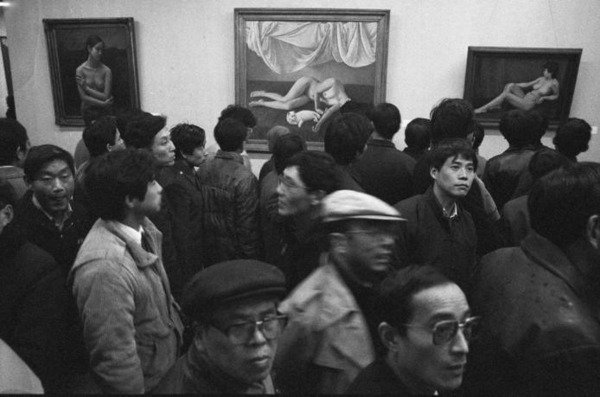 Just as money is the paper, the gallery is the room takes as its point of departure artist-organized exhibitions between 1979 and 2006 in Shanghai. Local and international artists have been invited to re-examine and respond to an archive of materials relating to such exhibitions. The archive takes a chronological approach, starting with the 12 Man Painting Exhibition that took place in 1979, and for the first time publicly showed different works by artists who did not belong to any artist association. Rather than institutions, artists were the sole aggregators of knowledge production through exhibition-making in the early 20th century, and later during the early '80s—making these exhibitions an important vehicle, not only for making art public but as the only site of discourse due to the failure of institutions to do so. The artist-initiated exhibitions represented in the archive were significant in introducing so called new art or new practices as well as new exhibition formats.

However, the role of artists as "curators," in today’s terminology, has since more or less vanished from the scene due to the commercialization of art practices, which in turn changed exhibition-making practices. Just as money is the paper, the gallery is the room thus attempts to re-activate this local knowledge and practice of artist-led exhibition making, hoping to bring together common threads from the larger context of exhibition-making practices across the region, as well as globally, to explore exhibitions as an epistemological engine rather than strategized showcase events, and to re-think the rituals within the art system. The exhibition will also touch on issues such as the experience of art through an exhibition format, the ambivalence between individual and collective, possible exchanges beyond a capitalist mode, the normalization reflected in early exhibitions and the notion of solidarity as a connection point, among many others.

The exhibition is dynamic in nature and incorporates a number of works that will develop during the exhibition’s durational period or beyond its temporal existence. Those attempts include works by 3-ply and their ongoing Re-print series, which reintroduces out-of-print artist publications to a contemporary audience by exploiting the character of the reprints to intervene in public archives. In particular, 3-ply will re-publish the Shanghai First International Fax Art exhibition catalogue from 1996. IRWIN will revisit their unrealized proposal from 1992: the establishment of an NSK Embassy in China, and will test the ground for its opening. Luke Willis Thompson’s Untitled, on the other hand, seeks to find parallels between the conditions that informed conceptual and performance practices in Shanghai during the years of its prefiguration and the inequities of other cities globally.

The exhibition title is taken from a quote from artist Mladen Stilinovic’s The Praise of Laziness, written in 1993 and first published in Moscow Art Magazine in 1998.

In 2014, Osage Art Foundation co-presented Market Forces| Erasure: From Conceptualism to Abstraction, curated by Charles Merewether with the City University of Hong Kong, and Just as money is the paper, the gallery is the room, curated by Biljana Ciric. In 2013, OAF presented It’s Me, Goodbye: Andy Warhol’s Cinema, jointly presented by The Andy Warhol Museum, one of the four Carnegie Museums of Pittsburgh. Osage also presented the second in its series of non-profit Market Forces exhibitions that draw attention to the non-commercial intrinsic values of art: The Friction of Opposites, which opened in Hong Kong in May 2013, coinciding with the commercial art fair Art Basel Hong Kong.
In May 2013, The Osage Art Foundation was honoured at the Hong Kong Arts Development Awards with an Award for Arts Sponsorship.
For more information, please visit the website www.oaf.cc

Image: The first exhibition of nudes held at the Shanghai Art Museum, 1988. Photo by Gong Jianhua.