Khalvat. The artist analyses the relationship between Iranian architecture and its metaphysical symbolism 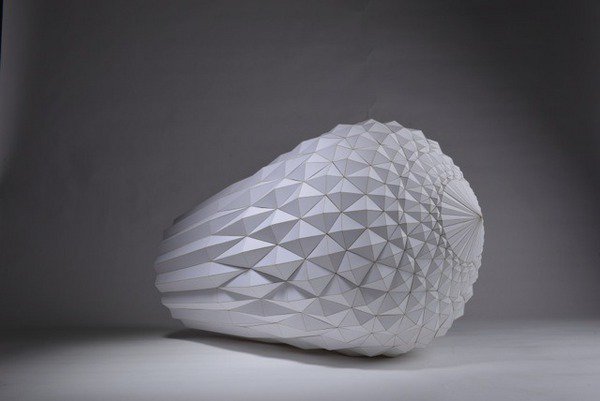 Khalvat, Sahand Hesamiyan's first solo show in the UAE. Artist's practice primarily explores contemporary sculptural directions, which take cue from Islamic architecture and present ancient concepts of transcendence in a modern context. In continuation of his practice, the artist analyses the relationship between Iranian architecture and its metaphysical symbolism. The show is based around, and named after, the main sculpture Khalvat - a Persian word that translates to a hidden, private sanctum. Linking science and geometry to the abstract nature of spirituality, it is a reflective attempt to discover the esoteric nature of Iranian culture through the dissection of its architectural forms. Khalvat adopts the traditional triangular form of Rasmi, with the artist exposing through the superficial layers of the structure to offer a look towards the inward and sacred, by juxtaposing the external embellished Iranian architecture with its abandoned equivalent, transparent and accessible in its carcass form. Traditional Iranian Islamic architecture is introverted, enclosed and recondite.