The exhibition presents the works of Robert Filliou a member of Fluxus. The artist challenged the role of art in everyday life and its status as a final product through conceptual strategies and innovative techniques, based on performance, chance, wit and play. 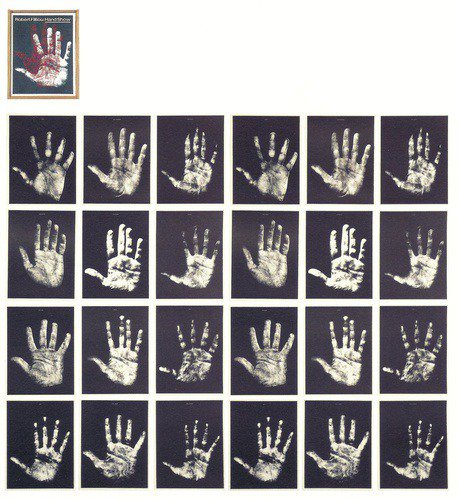 What happens when a radical French fluxus artist goes solo to London for the first time? Undoubtedly, he claims to infiltrate Her Majesty's court and set the ravens free.

The journey includes: Optimistic Boxes, Pink Spaghetti, Hand Shows, a Frozen Exhibition, the Whispered History Of Art, God, a peace demonstration, Unmade Portraits, a martial arts show, the Most Curious Invention of the Gaga Yogi, unrevealed overseas guests, special video sessions and the Deathless Dying of the World. British artists John Latham, Barry Flanagan and Tony Morgan, together with Irish artist James Coleman, are the four ravens that Robert Filliou will meet on his way to the Queen.

Will our artist ever manage to be introduced to Court?

On 17 January 2015, Art will be 1,000,52 years old according to Robert Filliou's declaration of 1963. A global network of artists and friends celebrate Filliouʼs vision annually on this day. We will begin celebrations from 10am, Friday 16 January to correspond with the planetary dawning of Art's Birthday in Kiritimati, Republic of Kiribati (GMT/UTC+14h). The event also announces the next Art-of-Peace Biennale taking place across 2015-2017 and curated by Roddy Hunter.

One day, during a ball held at the court of King Edward III, the garter of Joan of Kent - his daughter in law - slipped down to her ankle, causing those around her to snigger at her humiliation. The King picked up the piece of underwear and tied it around his leg, stating "Honi Soit Qui Mal Y Pense" ("Shame be to him who thinks evil of it"). This phrase then became the motto of the British chivalric Order of the Garter. It can be found today on the cover of any British passport.


Robert FILLIOU (b. 1926 Sauve - 1987 Les Eyzies, France)
One of the most innovative artists of the second half of the twentieth century, the implications of Robert Filliou's work is yet to be fully understood. Robert Filliou challenged the role of art in everyday life and its status as a final product through conceptual strategies and innovative techniques, based on performance, chance, wit and play. The process-based approach of Filliou, united with his pursuit for an anti-individualistic art that could happen at any time and place, brought him close to George Maciunas and the other members of Fluxus; George Brecht (with whom he funded the non-gallery La Cedille Qui Sourit in Villefranche-sur-Mer, FR), Dieter Roth, Daniel Spoerri, and Emmett Williams.
Since the beginning of the '60s, Filliou's joyful and radical approach led to the creation of projects and events such as the Legitimate Gallery (a miniature art gallery that was contained inside the artist's hat), the Art's Birthday (a day dedicated to the birth of Art), the Permanent Creation (uniting reflection and action to creativity), the Constant Festival (an imaginary art network) and the Republic of Genius (where one's talent is not considered as a relevant factor to those who practice art).
Filliou was part of the French Communist party during WWII. He later travelled all over the world, working for Coca Cola in Los Angeles, where he also gained his Master in economics; he lived in Korea for 3 years (1951-54), working as a United Nations adviser during the Korean war, and later also lived in Egypt, Spain, and Denmark. In 1977 he moved to Canada, where he continued his works in video. Then he moved to France, spending 3 years, 3 months and 3 days in the Buddhist monastery of Les Eyzies with his wife before his death.

French artist living in Brussels, François Curlet's fields of interest seem to have no limits. Encouraging critical thinking through the use of padadoxes and clichés, his work is open to reinvention and surprise, using a vocabulary as close to joyful skepticism as it is to cynical laughter. François Curlet had a solo show at the Palais de Tokyo in 2013.

Roddy Hunter is an artist, curator and educator. His performances have been held in major festivals, galleries, museums and arts centres across Asia, Europe and North America. He is Associate Professor and Director of Programmes in Fine Art at Middlesex University, London.