The State Museum and Exhibition Centre

To Live, to Dream, to Fly. The exhibition presents photographs, which document the life of the famous creator of Moomin characters, Finnish artist and author Tove Jansson (1914-2001). The exhibition focuses on three places, which played an important role in Tove Jansson's life: her childhood, her studio in the Ullanlinna district and her summer cottage in the Pellinki archipelago. 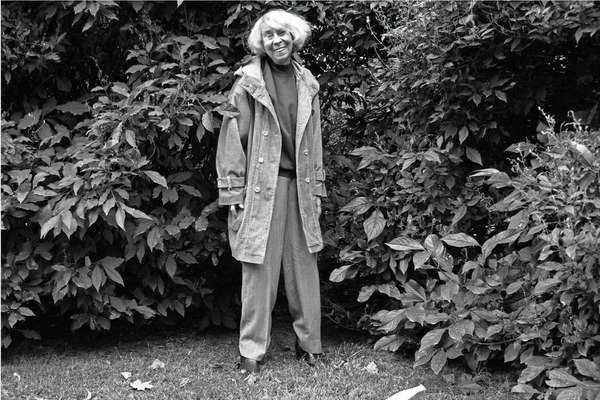 The State Museum and Exhibition Centre ROSPHOTO and the Finnish Institute in Saint Petersburg present an exhibition of photographs, which document the life of the famous creator of Moomin characters, Finnish artist and author Tove Jansson (1914–2001). The photographs, taken by Tove Jansson’s close friend, photographer Carl Gustaf Hagström, and her brother, Per Olov Jansson, show the much-admired artist in an intimate light.

The exhibition focuses on three places, which played an important role in Tove Jansson’s life: her childhood home in the Katajanokka district of Helsinki, her studio in the Ullanlinna district and her summer cottage in the Pellinki archipelago. These three milieus had a great influence on Tove Jansson’s work – from the art nouveau towers of her homes in Helsinki to the striking beauty of the archipelago where she used to spend all her summers from the 1960s onwards.

The exhibition covers eighty years of the artist’s life and oeuvre with the earliest pictures dating from 1914 and the latest from 1994. The photographs have been taken by two artists. Per Olov Jansson (b. 1920), Tove Jansson’s younger brother, recorded her early childhood and youth. Carl Gustaf Hagström (b. 1940) chronicled Tove’s life from the 1960s until her final years. These pictures bear witness to Tove’s quiet, thoughtful spirit. Usually wary of the camera, here she stands astonishingly free and liberated. As well as portraits and photos of the artist’s life, the exhibition contains pictures from the Jansson’s family album.

Tove Jansson was born on the 9th of August in 1914 to the family of the renowned Swedish artist Signe Hammarsten and Finnish sculptor Viktor Jansson. Tove went to a Swedish language school in Helsinki. She debuted as an artist at the age of 13, when the newspaper Allas Krönika published her comic strip in its children’s section. At 15 Tove Jansson moved to Sweden to study graphic design and decorative art at the Stockholm University College of Arts, Crafts and Design. From 1933 to 1937 she studied drawing at the Academy of Fine Arts in Helsinki.

Depictions of fantastic, fairy tale creatures started appearing in Tove Jansson’s personal drawings from the 1930s onwards. Her first novel, The Moomins and the Great Flood, was released in 1945. The Moomin troll made its debut as a comic book character in the newspaper Ny tid during the winter of 1947–48. In 1953 Tove Jansson was offered a contract by the British newspaper syndicate Associated Newspapers to draw Moomin comic strips for the Evening News. Her comic strip was extremely successful and brought Tove Jansson fame as a master of drawing. Following years saw the publication of several Moomin novels and albums of comic strips. The final book in the Moomin-series, Moominvalley in November, was published in 1970.

Throughout her life Tove Jansson worked as a professional artist, in a predominantly figurative manner, and also held personal exhibitions despite the Moomin drawings taking up much of her time. In 1968 she published her memoir, Sculptor’s Daughter. Besides her Moomin stories, Tove Jansson is also the author of a number of novels, short stories, librettos, radio dramas and essays, the themes of which are usually related to art.