This exhibition serves as an 'establishing shot' for the following season, comprising a mixture of emerging and more established artists to highlight shared trajectories and concerns. It aims to reinvigorate debate about the different possibilities in defining emerging contemporary artists within the parameters of recent historic practice. 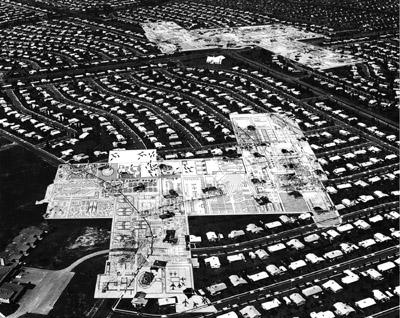 In film terminology, an establishing shot defines the opening sequence of a scene. Setting the mood, tone, place, and time for the events to unfold, the establishing shot is inextricably linked to the narrative that follows. Driven by the desire to be as precise as possible, it is often marked by a failure to complete its task. Ultimately, it derives its potential from the friction between its formal qualities â€” a single, presumably directly intelligible shot â€” and its function within the narrative sequence.

This exhibition serves as an "establishing shot" for the following season, comprising a mixture of emerging and more established artists to highlight shared trajectories and concerns. It aims to reinvigorate debate about the different possibilities in defining emerging contemporary artists within the parameters of recent historic practice. It also addresses the potential friction between external narrative function and internal formal resolution, focusing on works that contain a split between their thematic concerns and material manifestations.

Project Space
L.E.FT Squatville â€” Franchising the Domestic
Part of the Architecture and Design Project Series
Within American suburbia, city planning and zoning practices have left traditional living spaces isolated and surrounded by corporate zones for shopping, working, and recreation. Taking this as a starting point, L.E.FT investigates the zones of contact between the domestic and the corporate. Squatville uses a subtractive approach to encroach upon the various corporate models that simulate different functions of domesticity. The domestic becomes franchised into the corporate; next to a hotel, Home subtracts its bedrooms, next to a restaurant, its kitchen. Its degree-zero is its self-demise, a total parasite living on its surroundings. L.E.FT is a NYC-based design collective comprised of architects Makram el-Kadi, Ziad Jamaleddine, and Naji Moujaes.

Squatville is made possible, in part, through a generous contribution from the New York Metropolitan Chapter of the AUB Alumni Association of North America.

Project Space
Kaye Donachie Never Learn Not To Love
Curated by Lisa Ivorian-Gray, part of the Emerging Curators Series
Kaye Donachie's modest scale oil paintings depict counterculture revolutionaries and other nonconformists: young people in gangs, cults, and communes. Recalled as if from the artist's memory or personal recollections, the figures are blurry, their faces often obscured by wind blown locks, and their bodies articulated with loose brushstrokes. Teenagers are poised languidly in a state of waiting, evoking a sense of loss and a yearning for beauty and tranquility. Moody colors, often fused with a garish yellow light, create an eerie and otherworldly atmosphere.

Upcoming Exhibitions at Artists Space > March 9- May 1, 2004
Exhibition opens to the public Tuesday, March 9th, 11am