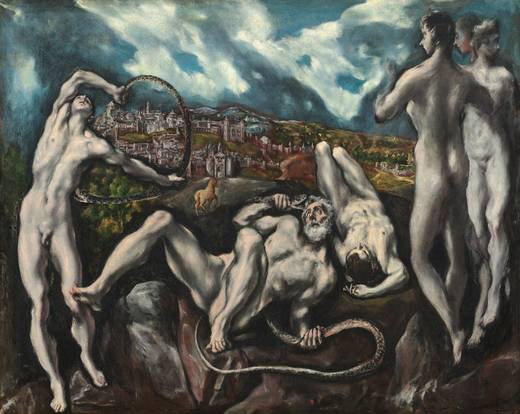 The rediscovery of El Greco was very important to the development of painting in the last third of the nineteenth century and throughout much of the twentieth. Following the fascination Velazquez held for the realist painters, El Greco - who was then little known - attracted the most innovative artists, such as Manet and Cezanne. He also interested Spanish painters, among them Zuloaga, who owned The Vision of Saint John (New York, Metropolitan Museum of Art). This work was decisive in the emergence of Cubism for its influence on Picasso, who regarded El Greco as the most outstanding old master. El Greco was also pivotal in the spread of Cubism through Delaunay's Orphism and the works of Derain, Modigliani, Rivera and the Czech avant-garde. The first exhibition of El Greco's work at the Museo del Prado (1902), the formation of new collections that related his painting to modern artists, the appearance of the first art historical studies, written by Manuel B. Cossio (1908) and August Mayer (1911), and the critical appreciations of Julius Meier-Graefe in his Spanish Journey (1910) and those of Maurice Barres (1911), helped spread knowledge of the artist's oeuvre. His works, chiefly the Laocoon (Washington, National Gallery of Art), provided inspiration to Expressionists in Central Europe, such as Beckmann, Macke, Kokoschka, Hofer, Steinhardt and Korteweg. He was also important to Jewish artists active in Paris, such as Soutine and Chagall, and to the Surrealists, as evidenced by the cases of Masson and Dominguez. El Greco played a particularly prominent role in shaping modern painting in the Americas, where the most expressive aspects of his art held great fascination in Mexico - as may be seen in the works of Orozco - and in the United States, where artists like Benton, Pollock and Matta (who came from Surrealism) were exploring abstraction. El Greco continued to be influential on the expressive figurative art of post-war Europe, as may be seen in the works of Giacometti, Bacon and Saura, as well as in Picasso's late oeuvre. (Image: Laocoonte, El Greco. Oil on canvas, 137,5 x 172.5 cm, c. 1610 - 1614. Washington DC, National Gallery of Art. Samuel H. Kress Collection 1946.18.1)