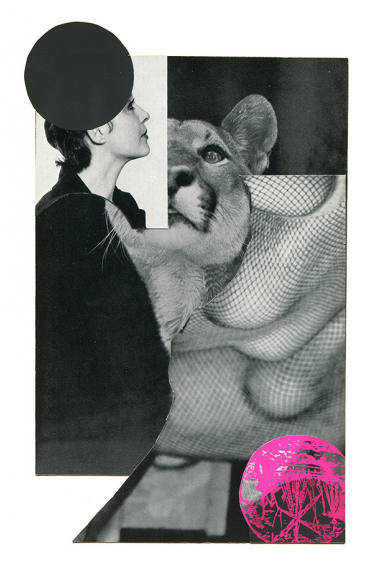 The Villa du Parc’s new season will focus on work by the invited artists that is meant to replay, divert or sharpen our perception of images. Concentrating on either the reuse of existing images or a personal mise en scène of them, the artists, whom we are calling iconographers, work with visual material that displays a diverse range of periods, provenances and uses. Their works feature groups of more or less complex images that may assemble in no particular order masterpieces of art history, banal family pictures, snapshots, news photographs, film excerpts, screen shots, etc.

Iconographic practices began in the late nineteenth century with the potential for reproduction of the photographic medium, which allows for a broader appropriation of images; today those practices need to be questioned in the generalized context of the revolution in digital techniques. The exponential presence of images on the Internet, the ease of obtaining information via search engines, and amateur collaborative platforms developed on line have already profoundly changed our access to knowledge and the traditional hierarchies for transmitting knowledge. How do artists echo these changes? How do they translate them in the formal media of contemporary art, painting, photograph, installation, screening and so on?

Throughout the remainder of 2014 and 2015 the contemporary art center will be presenting several projects in the Villa du Parc’s exhibition spaces, each of which will run independently, proposing to address the question of the image via a specific format and timeframe.
Pierre Leguillon, for example, has been invited to install a year-long franchise of his project “La Promesse de l’écran” (The Promise of the Screen) at the Villa du Parc.

The Villa du Parc’s main gallery will be featuring group shows that tackle some of the key recurrent devices in the reuse of images since the early twentieth century, including collage, reappropriation, archival installation and constellation. Bringing together artists from different generations, these arrangements of works of art aim to show the diversity of practices and intentions united around a certain formal use of the image. A sole artist is also invited to take over all the exhibition galleries on the Villa’s first floor, going beyond the questions raised in the group show by setting out his or her singular practice.

Created by Pierre Leguillon, La Promesse de l’écran (The Promise of the Screen) is a mobile installation that is as much the screening of a film as a performance. Starting with a preliminary definition—a 4/3 screen opening on a 16/9 bar—the project has been adapted to different forms since 2007 and experienced in a wide range of venues, making it possible to replay over and over the screening situation and its convivial collective character in a specific here and now. La Promesse de l’écran, an à la carte franchise, has been set up at the Villa du Parc for a year, giving one and all the opportunity to schedule a screening from the catalogue of Promises produced by Leguillon and bring together the audience that will take part in the event. Screenings can be devoted to typical aspects of the cinema, including credits, posters, recurring motifs, etc., or to ways of viewing film history through the representation of another medium, whether poetry, architecture, photography, or other.

Chemin vert (Green Path) is a night stroll in Paris, with the artist Clément Rodzielski pointing out the scraps of paper left on the ground or on the threshold of department stores displaying mannequins that turn their backs on us. Can of spray paint in hand, he covers these fleeting signs in white directly on the asphalt, then returns during the day to photograph whatever remains of his early-morning gesture: an impression, a frame.
Chemin vert is next the upending of these street images onto the walls of the Villa du Parc, photographs of paintings that are always divided between two things and take the place of supports for images that have arisen from the depths of the computer. Chemin vert is also functional paint that served to cover the floor at the Villa du Parc and which the artist has now stretched on the walls.
Chemin vert crosses rue de la Roquette as well as various old scars. Chemin vert is thus a story of the floor being set upright, of paint which people both walk on and contemplate at the same time.

Clément Rodzielski works in collage but counter to the demonstrative and figurative use that traditionally defines the technique. Whereas practitioners of collage usually play on the semantic power of images, Rodzielski operates in the background as it were, eliminating the motif by cutting it out or covering it over, underscoring certain aspects of the support with paint and bringing another dimension of the image to light, namely its texture, physical resistance to time, its negative imprint, etc. Clément Rodzielski, Untitled, 2013, courtesy the Chantal Crousel Gallery