This exhibition features the work of artists who generate meaning via cracks in mimesis, delving into the intermediary spaces where the illusory meets the actual in order to examine the understood but oft-unacknowledged gulf between the real and the reproduced. 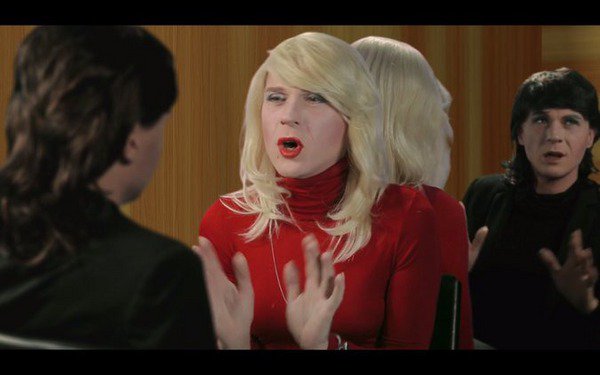 In stage productions, scenery is traditionally provided by moveable open frames covered in lightweight material – usually painted or printed fabric – which represent walls or nature, interiors or exteriors as necessary. These theatrical flats, instead of striving for realism, serve merely to evoke and symbolize the world, maximally efficient indicators of space intended to frame action rather than undergo scrutiny.

This exhibition features the work of artists who generate meaning via cracks in mimesis, delving into the intermediary spaces where the illusory meets the actual in order to examine the understood but oft-unacknowledged gulf between the real and the reproduced, as well as the knowable functional reality of the artifice’s construction, the evidence of tremor in the Trompe-lœil painter’s hand. By emphasizing the rudiment, the seams, the backstage, the works in this show trigger the voyeuristic pleasure and heartbreak of witnessing a cultural monument depleted of its austerity, an artifact characterized by its own degradation, by a void begging to be filled with meaning by artist and viewer alike.

An artist who employs an alienation effect, pointing out to the audience the screen or the camera or the stage, does not necessarily sacrifice his work’s humanity. In watching a film, for example, the audience often does so deconstructively, searching for indications of its making – the use of a camera technique, the consistency of a set’s design, the style of a performance – which might also be regarded as chinks in the mimetic armor; however, this knowledge does not attenuate the work’s capacity to effect emotion – the tear-jerking power of romantic storytelling may remain intact, unscathed by the audience’s expertise.

A photograph is, despite a strong resemblance to its referent world, quite essentially distinct from reality – it constructs an impenetrable temporal fourth wall by accomplishing a real-life impossibility: the repetition ad infinitum of a moment, a single encounter, tantamount to the chronological isolation of a contingency. In this exhibition, the camera is consistently turned towards the proverbial mirror, foregrounding and interrogating the inherent falseness of the still image.

Although largely photographic in nature, flats is quietly multi-disciplinary, while its roster of artists, ranging from gallery debuts to works by museum stalwarts, remains decidedly multi-generational.