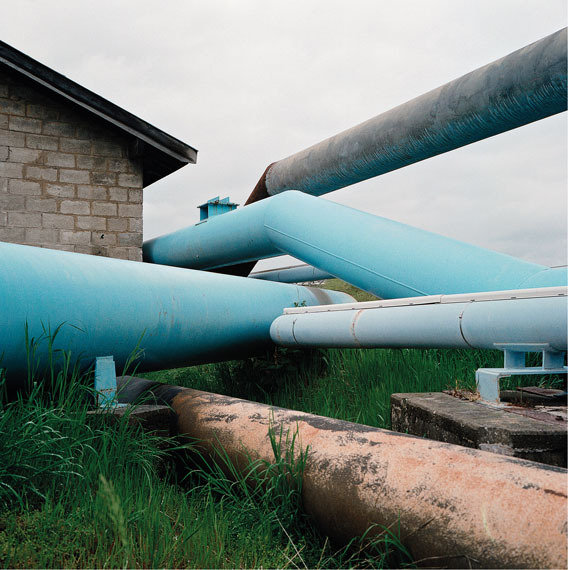 REGARDS SANS LIMITES – BLICKE OHNE GRENZEN #02" follows on from a call for projects issued at the end of 2012 aimed at photographers aged between 25 and 40 living and working in the Greater Region (Lorraine, Luxembourg, Rhineland-Palatinate, Saarland and Wallonia). The goal of this undertaking is to support and encourage artists so they can bring their creative projects to fruition while also availing of a suitable platform for the promotion and distribution of their work. In addition to the creative support grant that award recipients receive, a collective itinerant exhibition and a catalogue are presented throughout the Greater region. The partner associations hosting this exhibition are – for Lorraine (FR), the CCAM - Scène nationale de Vandoeuvre-lès-Nancy – for Luxembourg (LU), the CNA - Centre national de l’audiovisuel, Dudelange – and for Saarland (GE) the Saarländisches Künstlerhaus, Saarbrücken.

The award-winning project by Mike Bourscheid is called "Zwischen den Fröschen und Mäusen (Froschmäusekrieg)" [Between frogs and mice (Batrachomyomachia)]. This title sounds as far-fetched as those of many of his other works, such as Der Freudsche Schnarchanalysator [The Freudian snore analyser], Saxosex or Wenn der Maler dreimal pfeift [The painter always whistles three times], etc. With humour and derision, Mike Bourscheid stages little autobiographical stories. Striking burlesque poses and in various disguises, he presents himself as a virtuoso good-for-nothing. He mercilessly plays with the image of the artist, here reduced to a lazy, worthless buffoon, by presenting his absurd activities and experiments in his photographic works with both gravity and focus thus thumbing his nose at the "art connoisseurs" who still believe that the word "Kunst" stems from the word "können".

In the "Restes à venir" (Remains to come) series, Sylvie Guillaume rekindles memories of childhood. She returns to familiar places, treads once more the paths of her childhood to compare her memories with the reality of today. "What remains of the reality of my memories?" asks the artist, as she undertakes this experiment that looks back over twenty years. An autobiography of sorts, with a dual chronology comprising memory and the present. People, places, yesterday and today, intertwine to become a new story, a retrospective fiction. Furthermore, the form of presentation chosen by Sylvie Guillaume for her series underlines the fragmented nature of memory.

The series "Proies" (prey) by Delphine Gatinois is somewhat disquieting. Animism, voodoo and belief in spirits seem to meld in her images. For this work, the artist travelled to Africa, to Mali and Burkina Faso. But rather than travel photos or simple documentation, her images take the form of "mises en scène". Instead of representing the reality of people living there, the artist has let her self be guided by her impressions, which she then reworked in her oeuvre. Inspired by African myths, traditions, symbols and rites, she has produced images that are original, defiant and personal. They are inhabited by creatures that hover between reality and fiction yet whose appearance reminds us of something quite concrete. Fabulous beings, gods, spirits, a world – a dream?

Unlike his colleagues, Guillaume Greff chose a documentary approach for his "Rhin" (Rhine)project. He followed the river the length of its some 1,300 kilometres, from its source in the canton of Grisons (Switzerland) all the way to its mouth in the North Sea (Holland). He chose to turn his back on the subject per se and to focus on what borders and surrounds it: the banks of the Rhine, its cities, its landscapes. The river, which has shaped and influenced the landscapes and cities through which it passes, has left its marks. Guillaume Greff unearths them for us and immortalizes them in his photographs. His quest is for the "spirit" of the Rhine – its traditions and its influence on the cultures living along its shores.