Painting, sculpture, photography, illustration, video and performance by 41 artists and artist groups will be on show at both venues. A large number of the works will be produced specially for this occasion. 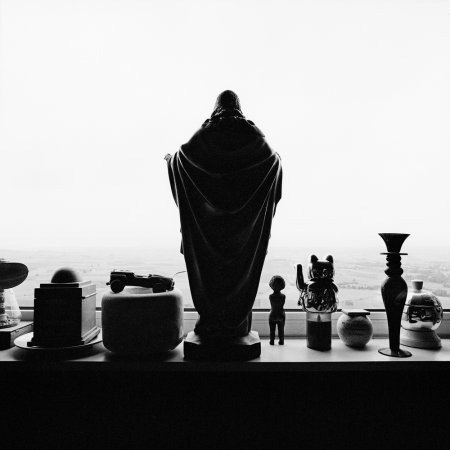 From January 23 to April 26, 2015, the special exhibition project “New Frankfurt Internationals” will once again shine the spotlight on contemporary art from Frankfurt and the Rhine/Main region. Based on an initiative by Frankfurter Kunstverein, the format, held for the first time in winter 2010, aims to show artists who live and/or have studied in the Frankfurt Rhine/Main region and can be considered as “new internationals” on the art scene. Joining forces with different cooperation partners each time, the idea is to present thFlorian Albrecht- Schoeck, From the series “Humankapital”, 2013/2014e region’s existing artistic potential in a comprehensive, themed exhibition that is accompanied by a multifaceted supporting program.

“New Frankfurt Internationals: Solid Signs” explores why many artists are presently developing an interest in the physical presence of artworks and in the revival of artistic techniques and materials; a phenomenon that has been noted for some time now. It is in particular the generation of emerging artists who in their artistic practice investigate the materiality of visual means and their respective qualities of expression. Here, they accord equal importance to an artwork’s material dimension as well as its style and content. It is precisely those parameters that have been experiencing a sea change since the 1960s, if not before. In art, the material was accorded an increasingly subordinate and auxiliary function as the result of conceptual currents. The artistic idea and not necessarily its physical realization began to take center stage in artistic practice, inaugurating a fundamental shift in the relationship between the work and its beholder.
Around the same time new discussions about materials and techniques got off the ground in business, environmental science, the humanities and social sciences.
The focus on communication processes, the collection and dissemination of data and information, virtualization and digitalization led to a reassessment of the relationship between form and material. These processes resulted in the all-encompassing “de- and re-materialization” of the world, a trend that has continued to this day.

Today, the emphasis on the physical presence of objects and things in art presents itself as a tangible alternative concept in the age of digitalization. This trend is one of the major themes of “New Fran Under the motto “Solid Signs”, painting, sculpture, photography, illustration, video and performance by 41 artists and artist groups will be on show at both venues. A large number of the works will be produced specially for the exhibition.

The artists in the exhibition use analog photography to capture their surroundings, print their images on paper or combine photochemistry and development processes with unusual materials and situations. Large landscape portraits are made directly in the countryside with paper and pencil – illustrating the trend of deceleration in production processes. The Super 8 camera is experiencing a revival as it enables us to record atmospheric images instead of technical perfection. Simple materials such as wood, plaster, cardboard and ink are being rediscovered as basic ingredients for sculptures and images. The participating artists also made use of modern materials and processes; however, their primary focus here is on aesthetic and physical qualities.

The exhibition will be accompanied by a comprehensive supporting program consisting of a series of events. These feature talks and performances and introduce many of the participating artistic positions. Further offerings include a publication and the project