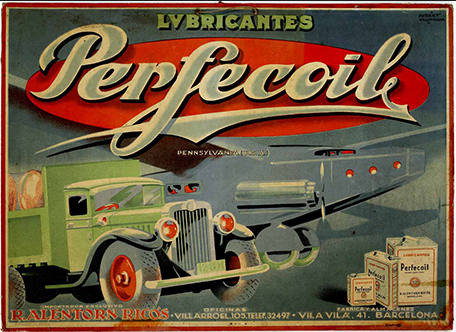 The show brings together advertising art from the late 19th century to the prodigious years of 1960s, the decade that marks the definitive institutionalization of graphic design and graphic designers: a historic cycle that goes from the Spanish crisis of 1898 to the industrialization and development of the 1960s in Spain, including the years before and after World War I and II. CocaCola, PepsiCola, General Electric, Ford, 20th Century Fox, American Express, Gillette, Firestone and Maizena are all part of a key period in history and in our lives. The curator, Carlos Velasco, has spent much of his life collecting thousands of pieces of advertising art and graphic design. Nor would it be possible if institutions such as the U.S. Embassy did not organize exhibitions such as this.