Half A Shadow. A series of etchings, drawings on paper, and three large-scale paintings 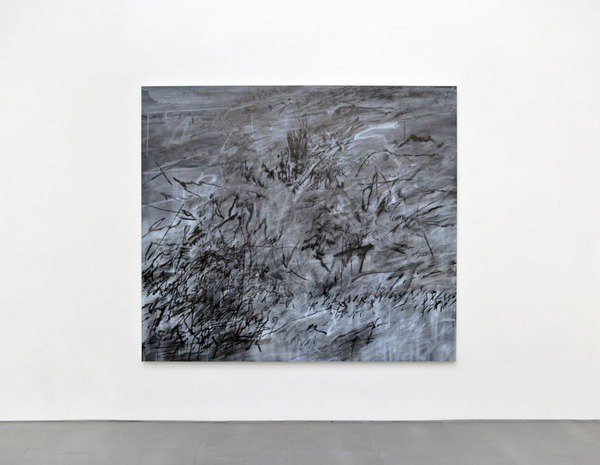 Half A Shadow. The new body of work featured in the exhibition includes a series of etchings, drawings on paper, and three large-scale paintings. Evolving from her previous series, Mogamma (2012), that used distinct architectural motifs as a metaphor for the unfolding socio-economic and political scenario of the Arab Spring, in Half A Shadow Mehretu delves further into the liminal 'third space', offering a more personal, contemplative, and pared down response to the aftermath of these events. The sharp lines and geometries of Mehretu's works are softened in this series, as she probes deeper into the visual language of abstraction; ghostly phantoms take shape within the mix of diffuse and staccato markings, invoking references to battle scenes, cave markings, historic jungles, urban walls, and digital clouds which co-exist like time travelers in an ancient multi-dimensional space. Combining her signature layers with looser brushstrokes and rhythmic, graffiti-like markings, she unveils and pursues a new language and space; softer sets of markings are left to flow over the canvas edge. Throughout this new body of work there is a sense of both distillation and disintegration. Opening September 19th, 2014, from 6-10pm.