The exhibition title refers to the concept of 'grounding' in communication theory, which posits that communication partners share common knowledge, which allows for dialog to be successful. The artists' cross-media works put this knowledge to the test. 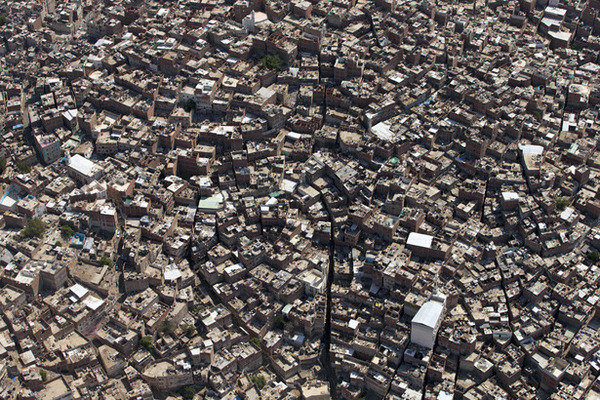 The rising cities of the Gulf region and arenas of conflict in the Middle East are captivating subjects of media coverage. Both in terms of their content and through their manipulative aesthetic, the often extreme images from these areas shape our western view of the region. Twelve artists counter this flood of images with more diverse artistic practices that reflect on social conditions. Some of these artists ‒ Ahmed Mater, Hazem Harb, and Nasser Al Salem ‒ are for the first time introduced to the German and Munich public.

The exhibition title refers to the concept of “grounding” in communication theory, which posits that communication partners share common knowledge, which allows for dialog to be successful. The artists’ cross-media works put this knowledge to the test. Ultra-modern urban construction and mass demonstrations are subjects that point to global aspiration and tradition. There is a notable broadening of artistic image-making to reflect on overriding themes such as space itself and the characteristics and possibilities of public space. Conceptual works go beyond a documentary approach and reveal social structures oscillating between West and East, sensing a cultural continuity under the surface of new urban phenomena such as Dubai or Abu Dhabi. The change in this region can also be seen as a global realignment.

The collecting and archiving of objects, which gain in value due to personal selection and presentation, makes for a subjectively structured and at times also biographical narrative style, thereby reflecting and condensing collective historiography. The artists included in the exhibition conceive of themselves as scholarly and searching; in their works they collect, archive and research imagery that, as material appropriated from others, reveals stories which lie underneath the surface of known historiography. They have adopted a view from the outside, which allows them to subject their own experiences to scrutiny and to process such analytical reflections in artistic terms