The artist, who lives and works in Vienna is concerned with the relationship between sculpture and photography. His photographs are based on minimalist sculptural arrangements. 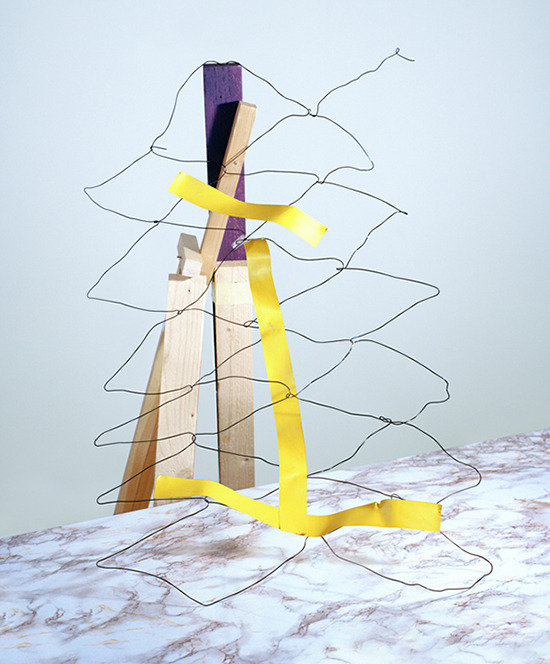 Since 2010 one of the exhibitions which the FOTOGALERIE WIEN puts on is a solo show dedicated to a young, up-coming artist. The SOLO series serves as a platform and springboard for artists at the beginning of their career who already have an extensive amount of work available to present to a wider public. The aim is to achieve a lasting presence for the artists selected by making contacts with cooperation partners and facilitating touring shows. We are happy to announce that for SOLO VI we have been able to bring Thomas Albdorf on board.

For SOLO VI we have invited Thomas Albdorf. He was born in Linz in 1982 and studied transmedia art at the University for Applied Arts under Brigitte Kowanz. The artist, who lives and works in Vienna is concerned with the relationship between sculpture and photography. His photographs are based on minimalist sculptural arrangements which are partly accentuated with colour and with interventions in both urban and natural environments. He regards these as simply a means to an end. Albdorf examines the medium of photography with regard to the conditions of production and, in addition, investigates two and three dimensionality and shifts of perception. He regards photography as a long process where after photograph has been staged and taken, post-production ̶ mainly digital ̶ plays an important role. During this stage the sculptural element is more strongly emphasised. For his staged scenarios Albdorf uses everyday objects, found and natural materials and frequently also various light sources or simple, consciously-chosen structures and forms. His photographs usually place the subject of the work in a central position. In the FOTOGALERIE WIEN he will be showing a cross-section of his work with a focus on works that have not yet been published showing mountainous landscapes. In them he examines the clichés with which they are linked.

Given the pervasive influence that photography has on our social landscape, it is no surprise that artists have taken the opportunity to fundamentally reconsider those terms by which the medium operates. One of the clearest responses has been a “sculptural” one, that is to say, an examination of material properties and the work of Thomas Albdorf fits comfortably within this rubric, though without being entirely confined to it. Indeed, to assert that this work is concerned with photography is perhaps to define it too narrowly. Although his most immediate subject is undoubtedly photographic, this does not mean that Albdorf is engaged in a debate about what photography can be in and of itself. This is merely where the work begins, not some essential definition of what photography is as a medium, but rather a set of propositions aimed at discerning how photographs act – that is to say, what they do, as photographs. It seems that the most significant concern for Albdorf is to expose the mechanisms of representation by using them in a reflexive or even contradictory manner. His diverse approach is ideally situated to untangle the mesh of possibilities that define photography as a medium – and which, in turn, determine how it is used. This work poses the question of what, if anything, we might find outside the conventional “limits” of the image.