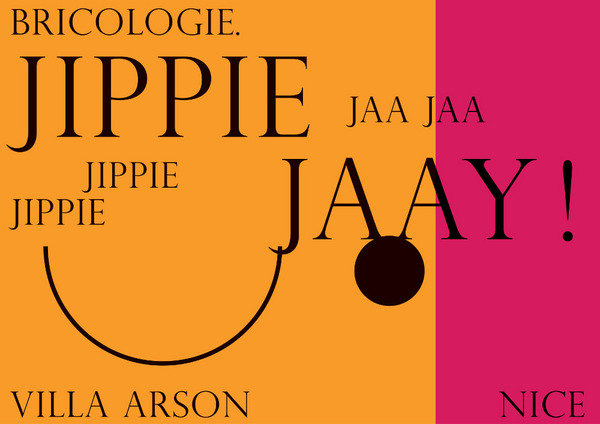 The relationship between art and technique has a long and unhappy history, not unlike the story of Plato's hermaphrodites, who were perfectly united before being cut in half by a jealous God. Even if from Antiquity to Renaissance other distinctions were privileged (technè/ poièsis, liberal arts/mechanical arts), and in numerous non-Western cultures this distinction is still being ignored, in Western culture the constantly widening gap between these two notions since the end of the Renaissance seemed irreversible. As the intellectual and spiritual dimension of artistic creation became more important, its manual and hand crafted aspects became less prestigious. While the image of the artist as a genius living a bohemian lifestyle was emerging in society, the lesser image of the craftsman with his tools and order books was also emerging. In this, modern art and contemporary art apparently have not deviated from ancient art. The gap between art and technique, between the artist and the craftsman, even seems to have widened if one considers the popularity of simple procedures like the Cubist collage, of figures like Marcel Duchamp and his famous ready- mades, or of artistic movements such as conceptual art.

The theory on which this exhibition is based is another version of the story of the relationship between art and technique. The title of the exhibition, La souris et le perroquet (The Mouse and the Parrot), which could be the title of a fable, has a double meaning: in French it also refers to two tools (the mouse used with the computer, and the draftsman's gauge). In this fable, this new story, modern art and especially contemporary art have in fact considerably increased interaction opportunities. The great variety of materials and media used by artists since Cubism and especially since the 50s proves that even though traditional techniques of painting and sculpture may have been somewhat abandoned (not completely), artists have developed a new interest in other techniques, other skills, even if they don't master them completely or require help from specialists. Some artists are fascinated by new technologies; others prefer “low-tech” practices, sometimes even traditional and hand crafted ones.

Faced with the issue of technique, artists no longer have (if they ever did) an attitude of rejection or contempt but rather of curiosity. Artists have never been so inspired by all the fields of production of urban society. And this is no surprise: in the last few years we have been witnessing a general movement, not so much the use of technique in order to dominate daily life,but more an individual appropriation of skills, whether through the remarkable vogue of a doing-it-yourself attitude (which we can see with the innumerable tutorials on the Web or the success of makers faires around the world), the emergence of fab labs or the recent media coverage of 3-D printers. Also hand crafted practices have become richer, and we have been witnessing the appearance of “artist craftsman” in numerous fields (jewelry, glass, ceramics...) who are beginning to be recognized as real artists.

As we can see, the relationship between art and technique is complex and fertile. And yet few exhibitions or art critics, few articles or books, have mentioned these ebullient encounters. Technique still has a “bad” reputation for those whose profession is to exhibit and comment art. The exhibition Bricologie. La Souris et le perroquet attempts to bridge the gap between practices and discourses by spotlighting works, objects and artists that play with techniques: inventing, diverting, exhibiting, or hiding them. It strives to offer a cultural panorama of the proliferation of technical attitudes in contemporary society, and to become the setting for a meeting between artists, arts craftsman, anonymous inventors, engineers, designers. It also aims at providing an opportunity for visitors to see objects from other eras or cultures, because technique is often the result of a historical sedimentation; the anthropology of techniques helps us understand that technical gestures express both ideas and a specific culture.

The exhibition's scenography takes advantage of the maze-like space of the Villa Arson art center by creating a non-linear visit, with several points of entry. Indeed Daedalus, the first engineer, who invented automatons and other wonderful machines, is a faraway ancestor of do-it-yourself artists. Only convoluted paths lead to the roads of technique. The exhibition is a project by the Bricology Research Unit at the Villa Arson, supported by the Ministry of culture and communication for a period of four years (2013-2016). Other projects are in the making, such as a special issue of the anthropology magazine Techniques & Culture entitled Essais de bricologie (Studies in Bricology) (to be published in 2015), or a project by the network ECART on contemporary ceramics.

Doing something with your own hands has become a guarantee of satisfaction, not just for the growing clientele of hardware stores but also for a majority of artists.

What both categories have in common is a desire to find one's identity and to realize oneself, no matter how. But similarities end here. Indeed artists are not in general perfectionists in the way that do-it-yourselfers are. They don't partake in a mentality permanently striving to escape what is temporary. Artists like imperfections. It isn't detrimental to their work, quite the contrary. What Nam June Paik was always repeating is still true: “If too perfect, God not pleased.” Bricologie is an experimental process conducted by students of the art schools in Braunschweig and in Nice. The project aims at questioning the link between ideas and techniques by exchanging and experimenting. Bricologie is not just a comment on doing it yourself, on art and technique, it is also an attempt to go beyond the usual gap between discourse and practice, between art and technique, between the mind and the hand, at the heart of artistic practice itself.

The exhibition is a project by the Bricology Research Unit at the Villa Arson, supported by the Ministry of culture and communication for a period of four years (2013-2016). Simultaneously the exhibition La Souris et le perroquet will be held, another variation of the Bricology project featuring more than 30 artists of all generations, curated by Burkard Blümlein, Thomas Golsenne and Sarah Tritz, teachers at the Villa Arson.