The artist presents 'Decoding Fear' where in addition to his groundbreaking cinematic work, he deals with the conditions of technological developments and their social consequences. 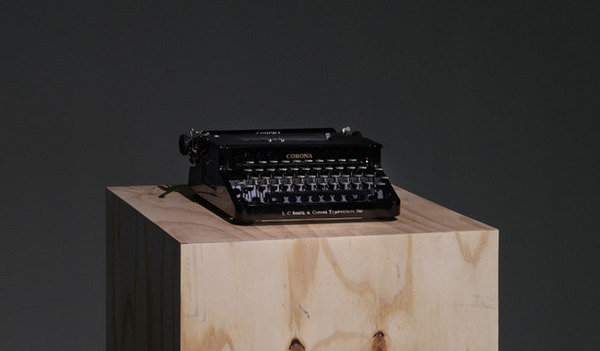 With Decoding Fear, the Kunstverein in Hamburg presents the first institutional solo exhibition of James Benning in Germany. In addition to his groundbreaking cinematic work, Benning deals with the conditions of technological developments and their social consequences. The ambivalence of the great American dream of (technological) progress, unlimited possibilities, freedom and independence, is reflected in his installations as well as in further works produced in a wide range of media.

Benning draws inspiration from the life and history of outlaws like the philosopher Henry David Thoreau (1817 – 1862) or the mathematician Theodore Kaczynski (born 1942), also known as the Unabomber. Thoreau’s 1849 essay, The Resistance to Civil Government (also known as Civil Disobedience), about disobedience against the state, questions authoritarian structures, and influenced the American protest movement of the 1960s, as well as Martin Luther King and Mahatma Gandhi. Kaczynski terrorized the United States from 1978 to 1995 with his letter bomb assassinations and drafted a manifesto in favor of resistance against the increasing permeation of technology in society, while secluded in the mountains of Montana. Thoreau, too, was attracted by the solitude of the forest, and Benning addresses this proto-American moment of independent self-determination in his exhibition in Hamburg by presenting the self-made houses of Thoreau and Kaczynski. The starting point of this installation was Benning’s corrective maintenance works on his own house in Sierra Nevada, California. After finishing it, the artist undertook another building project, realizing a precise reproduction of Thoreau’s cabin on his own piece of land, and subsequently replicating Kaczynski’s cabin as well. Both cabins were originally signs of fear of the loss of freedom, which is currently being rekindled, and, above all, revalueated.

In the film Stemple Pass (2012) Benning continues his analysis and shows the landscape of Sierra Nevada, in which the recreated cabins are placed, in a static shot. The seasons make up the change between the images on top of which Benning reads passages from Kaczynski’s diary. The two-channel video projection, Two Cabins (2011), takes up the view from the inside, looking out the windows of the replicated cabins, and is accompanied by sound recorded at the original sites. In his ongoing process of empathizing and replicating, along with the confrontation of relic and replica, Benning pushes the question of originality and autonomy to the extreme. By copying the paintings of the outsider artists Black Hawk, Bill Traylor, Martín Ramírez, Henry Darger, Jesse Howard, Joseph Yoakum, William Hawkins and Moses Tolliver, and by linking them to an extract of Kaczynski’s diary, Benning interrogates the myth of the autonomous artist who practices off the civilizing spectacle. The fact that the outsiders’ paintings usually hang inside Benning’s recreated forest cabins rounds out the circle of a work, which contains obsessive features of itself. Further Benning is showing the three-part installation, After Gee’s Bend (Missouri Pettway), including a reproduction of a quilt by Missouri Pettway. She made the original patchwork quilt in 1941 out of pieces of clothing of her deceased husband as a protection against the cold. Benning expands his sample by the family history of the woman, who lived as a slave on a cotton plantation in Alabama – at one and the same time as Mondrian painted Broadway Boogie-Woogie. A glass work, which Benning presents in Hamburg, is a variation of this painting.

Benning lets the histories collide, not negotiating them in a documentary manner, but developing a geography of spirit. The emphatic atmosphere is created by the quality of Benning’s view, which is highly concentrated and directed by the obsession to exceed mere narration.

James Benning was born in Milwaukee, Wisconsin, 1942 and lives in Val Verde, California. He studied Mathematics and subsequently Film at the University of Wisconsin. Since 1987 he has been professor of Film at the California Institute of the Arts in Valencia, California. His films were celebrated as insiders’ tip at international festivals for a long time, but with the California Trilogy (1999 – 2001), 13 Lakes (2004), Casting A Glance and RR (2007) he became internationally known.
In the context of the exhibition Benning presented works at Whitney Biennial (New York, 1980) and Walker Art Center (Minneapolis, MN, 2002). Exhibitions followed at 21er Haus (Vienna, Austria, 2012), Hessel Museum of Art at Bard College (Annandale-on-Hudson, NY, 2012), Kunstmuseum Basel (Switzerland, 2013), Artist Space (New York, 2013) and Fridericianum (Kassel, Germany, 2014). His work was shown in solo exhibitions at Galerie neugerriemschneider (Berlin, Germany, 2011, 2012, 2014), at Argos, Centrum Voor Kunst en Media (Brussels, Belgium, 2012) and at Kunsthaus Graz (Austria, 2014).

The exhibition takes place in collaboration with Kunsthaus Graz. It is supported by the Ministry of Culture of the Free and Hanseatic City of Hamburg and NORD/LB Kulturstiftung. The film program is presented in cooperation with Metropolis Kino Hamburg. The exhibition catalog is published by Verlag der Buchhandlung Walther König, Cologne and available HERE.